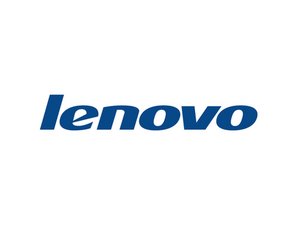 Repair guides and support for laptops by Lenovo.

how to disable bios password on lenovo netbook, because i cannot login to set bios

How to remove BIOS SET UP password on Lenovo y700 laptop:

How to remove BIOS password on Lenovo t410 laptop

you have to open up the back, and short the Eprom Bios reader use a magnifying glass, find it, and it is pin 5 and 6 on the eprom, (SDA) and (SDL) the eprom is the first selection of the motherboard that when booted, it checks security on the system, be carefull powering on the Notebook with the back cover off, turn the laptop on it's side, boot the power on button, look for Circuit print (U46) that should be the Eprom, (see pictures Below of the two different eproms you may have) usually the eprom is adjacent halfway next to the hard drive, some other thinkpads they are located under the ram, or next to the BIOS battery.

So With your Thinkpad rear cover removed, check to see if you can see the bios battery and the chipsets, if so, it should be there on that side of the circuit board....if not....then it's on the other side which means you have to remove the entire back cover to get at it, i would suggest you just remove the rear slide cover first or palm pad screws, and check before removing your entire back cover for no reason.

What we need to do, is.... while booting up turning the power button on at the same time holding a fine screwdriver to both pin 5 and 6 (the right hand two pins solders on the top end of the eprom.. doesnt matter which way your looking at your circuit board, it will still be the top last two in the right of the eprom, as they correspond and switch over inside the eprom chip so you will be shorting either the two "in'" or the 2 "outs"of the eprom chip....so doesn't make a difference, you will still be shorting the circuit before or after it goes to the next chip along the circuit board down th track, as long as it's the top right two prong solders your touching on the eprom chip (SEE PIC) ......do this short for only 2 seconds max.... this should fail both the security Supervisor Password, and power on Password and reset your Cmos. 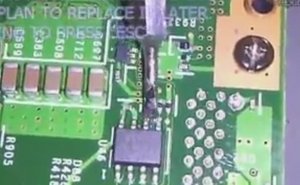 What your initially trying to achieve by doing this is to make the System forget to check Security settings during a few attempted boot ups this way.....all you need is the System to forget once and your in.

an eprom is the tiny chip that has 4 inbound solders and 4 outbound solders on the Eprom chip, ("again inside this eprom chip they switch over so they aren't a direct pass through to the otherside of the eprom chip"), so just make sure your touching the two top right end solders of the eprom located on the circuit board, usually marked with a fine print stamp on the eprom saying (Ps4508) or something like (ATMEL G 282) orsimillar. Usually on the thinkpads it is located next to the yellow Bios Battery cable under the tape, or under the ram, if it is under the ram, take the ram out, you wont need the ram to get into Bios anyway, once you think you have acheived it...check your boot Bios menu whilst the pc is still on its side and select along into the security settings and see if Supervisor and Power on passwords are enterable to change.....if so you were succesful.

Most of the Lenovo Thinkpads can be cracked this way....but be warned you only need to create a short circuit for just a second.... and by short circuit i mean strike those pins i mentioned for just a second on reeboot, (only a low amp of 3 watts from the bios battery comes through it) holding the screw driver any longer than 5 seconds will fry your ALTMEL Chip on your motherboard.....you only need to basically strike or swipe those pins for a second a during reeboot. 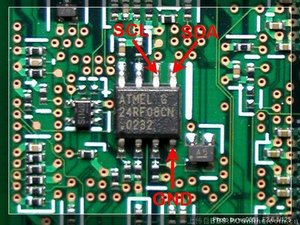 you may need to do it roughly 3 times....i usually get it on the 3rd boot attempt. just make sure your not stupid and panic and strike your fine screwdriver through the rest of the motherboard.

There is no backdoor or secret password or Boot CD software or anything like that can break this or unlock it with the click of a mouse or keyboard, most of the thinkpads are like that also, you will have to replace the motherboard if your thinkpad is locked if you don't wish to try this proceedure. Lenovo do however charge you to unlock the Eprom, but a proof of purchase or reciept either new or second hand is nessecary.

i should also mention another type of lockout on these , another which many students get is the HDD LOCKOUT.......this happens when too many wrong passwords are entered, if you don't know the BIOS passwords DO NOT TRY AND GUESS IT...You only have 3 attempts in one session.....if you have entered too many times you will see the boot icon lock has a number 1 or 2 on boot up, this it is not your BIOS, but your Hard Drive that is locked, best option is taking out your HDD and putting it into another laptop that fits the hard drive and get in and unlock or remove the Hard Drive lock and then put it back into your thinkpad.

they have since disregarded these and moved onto a simillar small laptop with DELL.

irwan, you did not tell us which Netbook you have. For the S10 it should work like this:"

2. Remove the HDD/DIMM Cover- Remove the small security screws and lift off the cover

3. Remove the HDD - Use a probe to lift out the hard disk drive tab, then pull the tab to disconnect the connector and pull the drive out of the system.

7. Remove the Keyboard bezel – Remove the 4 remaining screws from the underside of the laptop then turn over and remove the 4 bezel screws and lift off the bezel.

9. Remove the BIOS/RTC battery – Turn the motherboard over and on the underside there is the bios battery disconnect the battery and leave out for 10 to 20 minutes, just to be sure.

10. Now do all these steps in reverse to reassemble the laptop and your BIOS should be reset." from here.

This is bullshit. you can remove the battery without removing all the $@$** you've mentioned to remove. the battery is accessible from the back.

Criminey, that sounds like a process, oldturkey03. But, if he says it. I believe it

RTC, battery does not impact modern laptop BIOSes and hasn't for more then a decade. not sure why this bad information keeps popping up

You guys are talking about the battery pack that powers your laptop, these instructions are to remove the small backup battery that powers the clock and bios ROM while the power is off, and should last year's.

New LENOVO Laptop have encrypt BIOS and TMP Chips, you have to read the BIOS Chip decrypt it and Flash it back.