I bought my daughter a used iPhone 4S. Battery won't hold charge. Bought replacement battery, but phone's connector for battery lacks holes for 2 Phillips screws, is a different shape, but connector "fits". Interestingly, the battery conn. was held down by clear 2 sided tape, since it lacked screws to hold it down. Is this a modified phone?. Phone won't restart. Get Apple on screen, turns off, then apple reappears. See photos. Notice there are no holes for the two Phillips screws on the phone.

robwageneck not sure where you posted the photos. Use this guide Adding images to an existing answer to help you with that. Also, take a look at the back cover on your phone and see if you can give us the model number.

Thanks for your assistance oldturkey03. I uploaded 2 photos but they are stuck in he images folder. The model is A1349

robwageneck, just follow the guide and pull them into your question while you are at the edit screen

robwageneck, according to the number you supplied (A1349) your phone is actually a iPhone 4 A1349: iPhone 4 (CDMA model), not a 4s. You most likely have the iPhone 4s battery which will not fit the iPhone 4. Check the attached images: 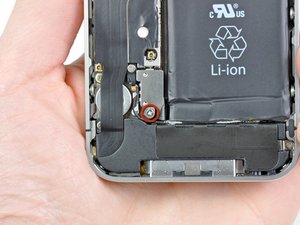 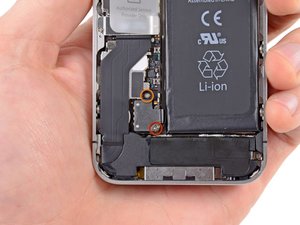 Thanks. The phone was sold to us as a 4s, it runs Siri, but must be a 4. Thanks for all your help.

You purchased a fake battery, Return it.

They are cheap on ebay here