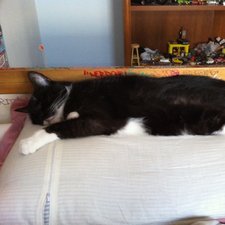 Okay this is quite weird as I have seen many issues with iPhones but nothing like this.

So the housing on an iPhone 5s swapped out for another OEM housing. (Previous housing had physical damage)

After the swap, the phone was powered on, however we noticed the time it took for the screen to light up after holding the power button was 'longer'. It took about 4 seconds of holding. Other phones seem to be 2-3 seconds.

That is not the big issue however. The problem is the battery icon and usage % is STUCK. So if you were to charge the phone at 33%, it would STAY at 33% and show 'charging', until you restart the phone then it will update.

Occasionally it will self reboot, too.

We have troubleshooted by doing a factory restore to latest 7.1.2, setting up as a new phone, and also cleaning the battery terminals with alcohol.

Has anyone had this problem and can provide some insight? Thanks in advance!!!!

Hi Jessa. Do you know where to look for to check pry damage? Only a plastic pry tool had been used,

Yes, near the battery connector. Don't use those blue plastic tools. I call them board breakers

Hi Jessa, If it's ok I would love to hear your take on my similar issue. I just did a battery swap on my 5s and had to re-seat connectors a few times to get past vertical lines and touchscreen issues. I got all that resolved but it was doing the reboot loop every few minutes so I turned it off overnight. It has been on for almost hours now and all seems well. The only glitch is the battery indicator not changing. It sounds like you described above, but could it be that the connector isn't seated properly? I'm reluctant to re-open the phone after getting it back to this point!!

My other question: if the battery sense line is broken, does that affect the charging process or just the status indicator?

Thanks for all your help on these threads! I'm in awe and really hoping I don't have to use your services!! Nice to know you are out there though in case! -Chris

Yes, this is a break in the battery sense line--either a bad battery or pry damage to the board. Easy to fix as mail-in board repair, but too small for DIY