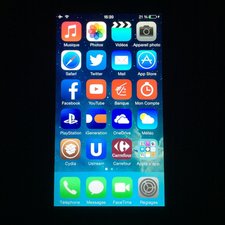 Camera does not work

Hello, I have a 16gb iphone 5 since its release. it's been a while already (a few months) that the power button was not working very well until it became impossible to turn off my phone.

I decided to change the entire web which manages the power and volume button vibration. it's super well, now I can turn off the phone properly and gently.

I can turn the flash on the shortcut, it means that somewhere there is a concern that I hope is not too serious, I checked several times if a component is not damaged

What do you think? someone has already experienced this concern? 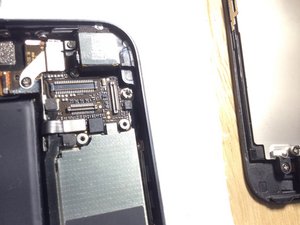 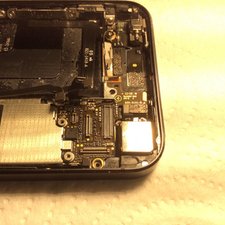 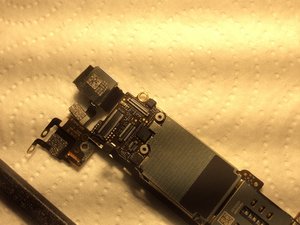 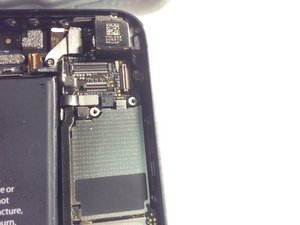 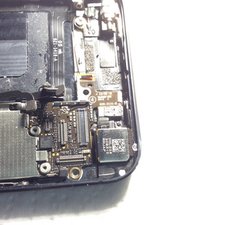 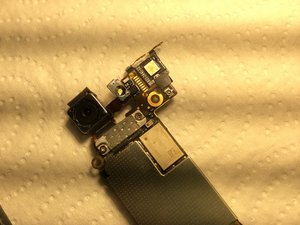 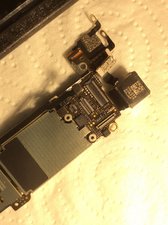 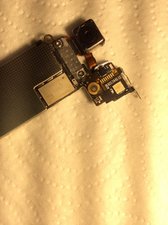 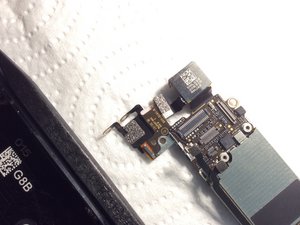 Camera problems after a repair = most likely one of the very very very tiny components along the edge of the board or near the connectors has been knocked off. Post as close and crisp picture that you can of the connector area of the logic board on both sides--remove the black sticker to have a proper look.

I posted some pictures

Ok, I see board damage on your board, so this would be a candidate for repair. You are missing a large capacitor right near the bottom of the front camera flex connector.

ok, is it possible to show me exactly where the location of the missing capacitor ? And how much it would cost if I decide to repair ? I live in France how that happens to send the iphone and how long would it take?

hello, could someone tell me exactly where it miss the component , I do not see at all.

the last person did not responded for 2 months

Jack--if you want a repair quote from me or mail in instructions, you'll need to contact me at my business iPad Rehab. My mail in board level repair business is completely separate from iFixit. Follow the link by clicking my name to get to my profile and go from there. I don't have a way to edit your picture---I see two missing components in the picture you posted---look near the screw hole on the edge of the board by the front camera flex. Also look very very closely at the bottom edge of the flex socket itself.

Jessa has the answer.

This is caused by components (very small, SMT) being damaged during a repair. 70% of the time the damage is caused during removal of component connections ,but can also happen when re-installing if excess force and/or alignment isn't correct.

The only way to test is to install a new camera, if that doesn't work then the board will need to be worked on. The station will need to be an SMT, good news? The parts are less than $1...it's all equipment or one talented person by hand under a scope.