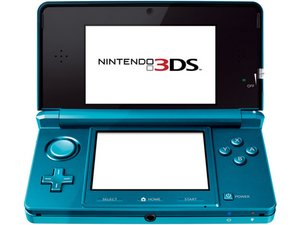 My 3ds will not hold a charge for long.

Hello all. I recently purchased a second-hand Nintendo 3DS Standard. I knew what I was getting into when I purchased it used that is just a gamble you play. I was told the battery was not holding a charge and thus got it pretty marked down. Battery replacement seemed like the obvious plan after seeing that indeed the battery would not stay charged. You could Plug it up for 3 hours and within 30 seconds the battery level would indicate that it was at 50% and then it would die. No matter the charge time whether it was 3 hours or 3 minutes. So I ordered a replacement battery, Popped it in there expecting it to fix and the same thing. No matter how long you charge it it will die in moments.

Well after doing some digging all I was able to turn up was that some people claimed to have tripped over the cord while charging and it either bent the pins in the charging port or it broke a solder connection between the motherboard and the charging port. Checked for bent pins and very carefully examined the connections on the motherboard and just for the obvious I checked the connections in the battery compartment. All connections are being made and nothing seems bent or broken (I compared the port pins with a friend's) and even tried a different charger. It works just fine while on the charger and Ive been able to play atleast 10 hours of uninterrupted gameplay before just saying that it works good and setting it down, but I know it's got to be bad to just leave the thing on the charger so I only plug it up when I want to play.

I have updated and reformatted the memory and have even fully charged the battery and let it die over 20x. It appears to stop charging after about 20 minutes then you can turn it on and it will work for approximately 10 minutes before going dead now. Some improvement but nothing praise worthy.

Anyone out there have any ideas that they have in mind that I could check/verify or try to fix? I would ship it off to Nintendo but they are charging 85 for me to mail it and I only paid about 30 bucks for the thing. Like I said though everything works great it just wont hold a charge. It also didn't appear to have suffered water damage.

Thank you for your time and hopefully one of the IFixit gurus out there will see this and know what Is up. I'm gonna run it up to CPR tomorrow just for giggles to see what they think but I don't want to commit to anything until all my options are considered. Because most places are gonna charge me 80 bucks for 10 minutes of labor and a 2 pin resistor.