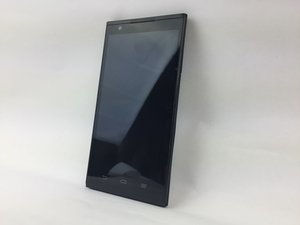 Why won't my ZTE ZMAX power on?

My phone will not power on. When it's connected to the charger it will vibrate when I try to power it on but still nothing!!! Please help!!

The issue described here is mostly caused by the battery becoming so low that the device won't charge it anymore. It doesn't matter how long you leave it connected for.

The solution is to charge the battery externally, with special equipment, which doesn't help many.

You can send it to a number of people, including myself (I'm I'm Australia though), and they can do this for you. Alternatively you can have the battery replaced, but if it drops below 0% the same can happen.

Best bet is not to leave the phone sitting in a flat state at any point.. Also, try charging the device from the computer as sometimes this will tell the device to charge the below 0% battery.

For the guy who mentioned FTM, that's a firmware upload mode. Either one of the volume buttons are stuck, or the device has corrupt firmware, which is normally associated with going flat during an update or something like that. It's a seperate issue.

For informations sake this effects many phones on the market.

this is 100% what my problem was!!!! charging via the computer fixed it!! thank you for taking the time to post this and a note to the phone manufacturer, get your $@$* together!

Shame that som many people are leaving stupid comments that obscure your accurate and quick fix!!!

Also, try charging the device from the computer....This worked for me.

charging per computer works great! it came on after holding the on button for a few seconds THANKS

My ZTE ZMAX PRO is not charging while plugged into the computer. the home button just slowly pulses. any thoughts???

If your Zte Zmacks won't turn on you should do two things. First hold down the volume up and down and the power button until the phone light flashes red. Then just hold the power button down for about 15 seconds or until it turns on.

Worked ("hold the power button down for about 15 seconds or until it turns on') like a charm, thanks Vanessa!

this doesnt work for me hey..... is there maybe another way for doing this

it works for sure, i did it with the latest version of the phone. wonderful, thank you :D

My ZTE max v5 won't boot up after powering on.. it only shows the start up icon and doesn't boot any further. What could be the problem?

You have to do a factory reset. That's the only thing that can be done at this point.

1. Hold the volume up and the power buttons at the same time for a few seconds until the screen turns on.

2. Scroll down to factory data reset. Select with power button.

3. Scroll down to yes. Select with power button. Reset takes a while.

4. Next screen, select the reboot now with power button.

5. Phone is back to the new position.

I'm doing what you say1. 2. 3. but the screen says no command and the little robot is laying down with its tummy flap open . nothing is happening.

WORKED!! Thank you so much. I went back to store location and with it only being exactly 2 months old, they are replacing the phone through manufacture guarantee. =)

Extreme solutions like this one need to be put at the bottom of the list as they are the last option.

This solution did the trick. So strange, the phone was fully changed. It seemed like it needed system reboot.

If your phone isn't turning on I recommend to reboot it

If you dont know how to then I'll show you.

And wait for a 10 seconds or less.

Then you'll feel the vibration which means it's rebooting

If you get the FTM sign then do the same with the hold power and volume.

That's all enjoy having your dead phone alive again

thank u very much my phone is alive again.

Thanks alot man, my phone turned back on again.. it just turned off for no reason

It worked Thanks! I got the phone about 6 mo ago and it was 100% charged today when it happened do you have any idea why? Either way your help was very much appreciated.

Won't turn on. I hold down power button but blue light turns off within 10 seconds and it won't turn on. This is a replacement since my other one had issues with power button. I've only had this 1 for 2 months

it seems to be fault coming from battery as you got two times powerful battery compared to ordinary smart phone. plug the charger and let it to charge at least 2Hrs continually. and dont forget to use original charger.

Will this work without the original charger? I purchased my phone second hand.

Unplug battery and then plug charger in with battery disconnected. Screen will power on, then show battery icon. Plug battery back in while the charger is plugged in and allow the charge for awhile. Should be fixed!

I looked through several suggestions here until I found this one. I followed this and my phone is now charging, It had been too low. Thank you.

3.) Hold The Power Button For A While

4.) Turns On with App Optimizing

if this don't work hold the power and volume button.

i think you can try many option -

firsta plug the phone to charger and wait 10 min

first thing try booting the phone in safe mode . follow How to Boot Phone in safe Mode and after that reset the phone settings . see if that helps you to fix your phone . thank you

Rebooting it worked for mine. Just tried it after a year!

I had the same issue. All you have to do is hold the power down for like 1or 2 min. Then the phone will power up.

This actually worked you have to hold the power button on longer than normal but it came on.

Yep mine did the same after 2min. had to be mucho patiente' ;) thanks! Also removed the battery until it lit

up then stuck it back in while holding the power on. Original Charger plugged into wall as Blake said,

Try lifting out the battery and then putting it back in. Works with mine.

I Did that Did not work

The best answer to this IMO is grneyerdhd's charging via computer.

After a minute or two it magically came on when I pressed power for a few seconds.

Shame on ZTE for overlooking this!

I am hoping this answer will be voted up so he gets all the credit. Terrific discovery while the rest of us thought using the factory charger is best.

When this happened with my LG G3 I had to reinstall battery. Shame on android too for not putting safeguards for this where they let the entire battery get drained.

My phone just did this, I came here and read e veryones review. Hold the button down for more than 10 seconds.

This exact thing happen to me I was so shocked & mad !!! I have zte I left my phone charging & it completely turned off this problem is do to low battery never let your phone get to 0% you will damage the battery so what I did I let my phone cool down for 10 min I opened it I took out the sim card & MSI I let it cool down I pressed the power button & volume up & home button at the same time & booom :) when we use are phones to much WE must charge them or the battery will get burned ! If you do this method your phone still wont turn on force your charger to gey your battery phone working again hope this helps for y'all xo

will is work if it's charging

Press and hold the power and home button together -at the same time. Hold them for more than 20 secs or until your phone start.

Let me know if this help :)

hi. my own zte phone was completely low, at 0%. I tried charging the whole night thinking I will use it the next morning, it could not come on. just now, I was reading the solution. press the volume up and power button for 15 seconds, I did that, still nothing. I decided to charge my phone using my laptop first, then , pressed volume up and power button for 15 seconds. next thing it vibrated and started to charge. I appreciate all your solutions, thanks.

How To hard Reset Zte Max

It worked on my son's phone... More like 20-25 seconds (hold power button) just happy it came back on. Thanks

Hold the power button for 20 sec when it doesnt turn on.

This is the only thing that worked for me.... press and hold the power button for exactly 3 seconds. then immediately slam-dunk it into a trash can, dumpster, toilet or anything used to discard garbage. *step 1 is optional

I agree. Circular file the stupid thing. Chalk it up to experience of how NOT to repeat a semi-expensive mistake. The really high dollar phones of well known name brands are not much better. We need to be the smart ones... Don't believe the manufacturers or service providers BS sales talk!

Mine turned off on me and I can't turn it on because the power button is gone, I tried EVERYTHING but nothing online seems to help. I have the ZTE BLADE Z MAX so how do I turn it the heck on? I don't have 120 bucks to shell. Please help.

ZTE owe us our money back!! My phone did the same thing to me!! One day it just stopped charging and working!!! Metro PCS wouldn't do anything to help and I had to BUY a new and much smaller phone!! I was heartbroken, I spent all of that money for the ZTE phone, just for it to turn out to be a piece of junk!!! If all of these customers are having the same issues with this product...then where is the recall?? Aren't companies legally responsible for fixing their product or refunding the customers' money???

There are 2 things you can do. But they both require you to take it apart. The power button has 3 buttons on there. You can take it apart and get a new power button plastic cable board cable for less then $10.00 bucks on ebay. Install it and you should be working again. Make sure to have some tape as it is a BEAR to install. But it can be done.

This post is to be read when all the other options have been exhausted and you are ready to tear apart the phone.

First. BUY THE iFixit KIT to work on your phone. They do a lot of good.

Second, bring up the phone tear down. Study it, and get ready to take it apart.

One of the Issues I have seen has been the actull soder joint to the battery being broken. This is due to the battery floating around in the case. SO get a new battery ready. OR you can fix the solder on the battery board.

But that is how I fixed my sons phone. The Actual battery installation was Culprit from the previous owner.

The other issue is often the On Off Switch that is on the side. The plastic/Circuit board goes faulty. Its a bear to replace, but can be done. The part is only a $10.00 at most.

I hope this helps you out. GOod Luck!