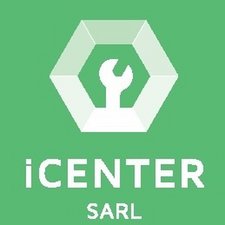 Extremely Slow Start-Up, Slow to Start Typing, What is Wrong?

I am trying to fix a MacBook Pro, but have not before encountered such symptoms.

---- What I saw and tried, chronologically:

- When it came, the laptop would get stuck at the spinning wheel.

- I removed the HDD, tried to repair it through USB connection on my own Mac, Disk Utility said it was OK;

- I tried to boot on the "bad" machine and "bad" HDD again, but through USB, got stuck at the spinning wheel;

- Took it apart: no signs of water damage or past repair; replaced the HDD cable for good measure => the laptop started getting to the prompt at the 94th second;

- Trackpad works at this point, I could move the mouse around the screen, but when I clicked on "restart" or "shut down" I got nothing;

- I tried to type use name and password, but the cursor remained stuck on user name, didn't move or register anything;

- After a while (2+ minutes, can't say) the letters I had typed before now appeared in the prompt with a delay. I logged in, and the computer behaved normally;

- I restarted it, and got the same issue again;

- I put back the 2*2GB, would still get screen color change at 94 seconds, but the prompt for user/password wouldn't appear. Once, I got distracted and when I looked back, it was back to the spinning wheel after it had "changed color. 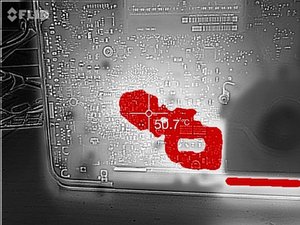 Anyone can suggest what the problem is or how to trouble shoot it?

I ruled out system, HDD and HDD cable failure by trying to log in from an external drive in the absence of an internal drive.

I also ruled out RAM failure, unplugged all components from the board, and still had the same issue.

The activity monitor showed abnormal activity from the CPU cores.

So I sent the laptop to an Apple Certified Service Center. They plugged it and ran a hardware test that failed in a way that suggests CPU or may be a memory issue.

I am not qualified nor equipped to attempt a board repair for such an issue, if doable. So I gave it back to the client.

Replace the Hard Drive/IR Cable and use one from the 13" 2012 model. Be sure to get a New one. Here's how to do it: MacBook Pro 13" Unibody Mid 2010 Hard Drive Cable Replacement

Removing the HDD and booting from an external drive (its own drive and then another drive) did not solve it.

On the other hand, CPU cores seem overloaded / working at full capacity.

Try opening it up, removing the fan and cleaning the vent, then retry your temps. A thermal paste replacement seems premature on a 2010. Check to see if you have things like MacKeeper installed. Also go into the system preferences > User and check your startup items.

I am sorry, I forgot to mention 2 things I did already: First, I did blow away all the dust when I took it apart to look for liquid or pry damage. Second, when I removed the drive and connected it to my laptop to try a Disk Utility Repair, my Kaspersky found an enormous amount of viruses, trojan, worms, etc. (Flash something) that I cleaned out.

As for the thermal paste, I agree since the thermal image shows what I believe in my limited experience to be acceptable temperature on the board, and the fan is ejecting hot air hence cooling the laptop. Tell me if I'm wrong.