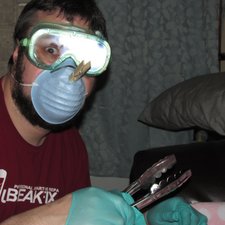 Does replacing the lower doc cause the touch scanner to stop working?

As subject says, replaced lower doc and scanner no longer works. Tried new doc same issue. Any suggestion? Do not have original doc to attempt.

No, replacing the charging dock cable does not prevent the Touch ID scanner from working properly, unless of course the charging dock is of such bad quality that it is actually causing this. But that would really be a first for me. Don't know if someone else encountered it...

However, tempering with the phone while replacing that charging dock may have caused something. For example, you could've damaged the home button flex cable or it's connector, or have some dirt on that connector. Take a hard look using good magnification (10x at least).

If you see nothing wrong, start with a simple thing: after connecting the home button, reboot (not restore) the phone, and try again.

If that doesn't help, the damage could be as I said to the flex cable it self. If it is damaged but not torn, it won't be visible to the eye. No way I know of to fix it, unless you can rewire that flex cable without damaging the components on there. Or it could be somewhere on that board. Look next to the battery connector and next to the screen connectors on the board. Do you see anything damaged/broken/missing?