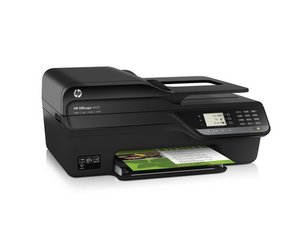 The Officejet is HP's line of office inkjet printers.

can I replace printer belt?

How can I fix or have repairman fix my officejet 6600/6700, message say printer head malfunction contact HP repaireman

Have a look inside and see if the clear, plastic encoder strip is broken or torn. If so, probably not. As for the physical printer heads, I'm not sure.

Hey!Yes You can change it!

So much for An KA's answer. According to HP you cannot purchase the part I was after. CN751-8007 (Encoder Strip). What HP does is upsell you to a new printer. They give you a discount.

Unfortunately, I too had this issue today. I think HP takes a paper jam to their advantage and really shreds the paper so you have to get every last piece of paper out of the inside of the printer path or it just happens again. For me on the third try I pulled at what is called this Encoder Strip. It tore the hole that catches a piece of metal. I took some 3M packing tape and stuck it to both sides of the end (twice) to fix the tear. You do not need to take the printer apart. It takes a bit of doing but if you take off the part in the back (the one you remove in case there's a paper jam) and lay it on its back you should be able to reach down inside the unit to reattach the vinyl strip .

Open the door to the ink cartridges. Take the ink cartridges out of the holder. On the right of that holder there's a small arm with an arrow on it. Move that up. That will release the cartridge holder. Pull it out. Move the remaining attachment left or right depending upon which end you're trying to attach first. It should slide with a little resistance. The vinyl strip has to run through the middle of that remaining attachment. You'll see where it goes in and out. There's a brushlike part in the slot. The encoder strip has a happy face on the left and arrow pointing up on the right. You have to hook the slot on both ends. The metal hook/nib on the right is springy so I attached that first. Arrow goes on the right side. Slide the vinyl through the attachment and out the other side. Attach the other end on the left (Happy face).

It's a bummer the HP does not offer this part. I'm lucky that my strip was not cut in half.

We'll see how long the fix lasts. Truth be told, I took them up on their offer to purchase a reconditioned newer model (8630 Premium) for $252. It came with expidited shipping but no tax.

Go figure, HP is taking Detroit's lead in planned obsolescence. A handful of salt into the corner panel as it's coming off the line will make sure you come back for a new car sometime down the road. Maybe a little sooner than normal.

Also, here's one for sale if yours is trashed: http://www.ebay.com/itm/HP-Officejet-Pro...