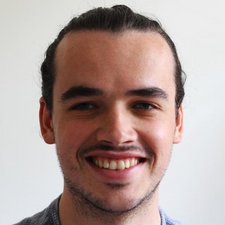 I've been given a Macbook Pro 13" Retina that had water damage (something, not sure what, was spilt on the keyboard). It was about a year ago, and everything is working but the SSD - I'm just running everything off an external drive for now. The disk (physical disk, not drive) doesn't even appear in disk utility or in system profiler - I can't find any reference to it.

Does anyone know how to isolate whether it's the SSD or the SSD connector on the logic board that's at fault? Which is more probable? I'm guessing just finding another, known working SSD and trying it in there would be the easiest, but it'd be great if there were a quicker / potentially cheaper way.

You can do a physical inspection with a magnifying glass looking for any of color spots or corroded areas on the logic board . Check the connector for corrosion and simply cleaning the contact points between the SSD and the connector could do wonders. However if the SSD was shorted out it could be fried and the only way to tell is to actually replace the drive. When you do replace the drive clean the connector to make sure you don't just short it out again if the contacts are corroded . Hope this helps

did you ever figure out the problem? i'm having the same issue