Still no response from my iPhone?

Two days ago I was cleaning my pool when I fell in for about 5 seconds. I got out and laughed about it, until about three minutes later I realized my phone was in my pocket, right then panic set in.

I had no idea what to do so I checked to see if the phone still worked by just hitting the home button, it did, but it looked like it was glitching and showing these small aligned squares in the middle of the screen (mind you the phone will still soaked when I did this). So the only thing I could think of doing was putting it in a bag of rice, while it was still on.. I'm a genius, I know. Once the panic settled down a few minutes later I then realize I should turn the phone off, when I went to do that there was no response, and I foolishly tried powering it several times. After doing some research I found rice was practically useless and just replaced half the rice with some silica gel packs to let dry. Once the camera looked like all the moister was gone I tried connecting my iPhone to iTunes, but once again, no response whatsoever (probably shouldn't have acted so fast considering it could still be wet inside).

I lost patience and hope at this point so I decided to take matters to the next level. I have some experience with repairs and builds so I'm fairly confident in deconstructing my iPhone, which would be a first. So now I've replaced my battery, and did an IPA wash for my logic board, removing pretty much most of the corrosion. After letting it dry in front of a fan for two hours, I reinstalled my logic board as well as the new battery, yet still no response.. not even from iTunes.

What could be the issue here????? This is killing me! 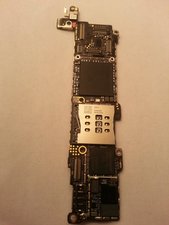 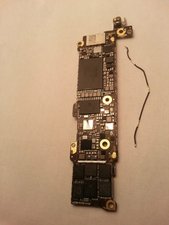 @jay453 you did not tell us if you removed the EMI shields from the logicboard. This is a must. If you have no, clena the logic board once more with the EMI shiedls removed. Glad you found ou about the "Rice" myth. You ar right, does not do anything. Once your board is properly cleaned and since you already replaced the battery, I would suggest a new lightning post connector. It is possible that it got damaged. After that you need to consider giving up. Problem with water damage is that virtually any part may have failed. You can of course go ahead and try to find the shorted component etc. but rest assured that your phone will never be a reliable fully functioning phone. Post some images of your logic board with your question. Maybe we can see something obvious. Use this guide for that.

Ok, I will work on removing the EMI shields and doing one last clean. And after I'll try to take the best picture I can and post it on here. Thank you very much. You think if all this fails, getting a whole new logic board will fix this? Much appreciated @oldturkey03

hey @oldturkey03 something weird just happened. While I was removing my battery I think I saw a little spark while I was trying to remove the connector. I just checked the voltage of the new battery and it went from 3.8 to now 1.5.. what the h*ll just happened?

@jay453 something shorted out. Either components on your logic board or your battery. Remember these are smart batteries with their own cricuitry. Discard the battery properly and replace it once more.

@oldturkey03 dang this is frustrating.. As to my previous question.. Will replacing the logic board fix this situation?

@jay453 yes it will but you will lose all your data on the phone.

First thing first, remove the motherboard from the casing and clean out the motherboard of any corrosion. Use Acetone 100% alcohol with no water in it, or you could try the rick trick. Then make sure the battery is charged up(helps if you have a different phone) and then try with the charged up battery or try putting your phone in DFU mode and see if itunes detects it.

@dashrepairs this is definitely a really bad answer. First off you want to explain what this is "Acetone 100% alcohol " Must be a home made concoction. Second explanation would be this one "the rick trick" Hope you are not referring to "Rice" because that will even further degrade your credibility. Third you definitely do not want to link to your own business website since that would be considered spam. So I'd strongly suggest that you review your answer and rephrase it.

Like I said in the description, I already removed the motherboard and did a Isopropyl alcohol bathe/scrub. And I didn't describe it well but I did try putting it in DFU mode after the motherboard cleaning AND battery replacement and iTunes still doesn't detect anything. I'm lost right now, no clue what to do. Maybe I need to replace my motherboard?