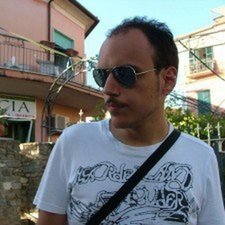 Mac turns off with low battery

Hi guys. I bought a new battery spare on iFixit and I've install it on my mac. Everything is apparently ok.

But it happened to me that the battery level was around 14% and the mac turned off without any screen message. It did want to turn on until I connected the magsafe. Unplugging the magsafe caused another immediately shutdown.

So i left it plugged for some time and now it is properly working.

Suggestion about which is the problem affecting my new battery? Thanks

Guys, thanks for replying me.

Well, I did the SMC reset procedure as reported by Apple (connecting the magsafe, i pressed control-alt-maiusc at the left of the keyboard and power at the same time). I was sure the procedure got successful because the magsafe led turned green and then orange again.

But apparently this not worked in my case.

So i decided to open again my laptop and I performed the procedure reported not for Macbook Pro, but for the MacBook, i.e. I removed the battery and pressed power button for >10s.

Now it properly works! This laptop will never die!!!

After some days, I've got again the message "battery requires assistance".

This is the screen which reports the battery information: https://i.imgur.com/3MDbIGb.png

Some suggestion? Is the battery that iFixit sold me not good?

What does the system information battery information say? You can run this directly under application/utilities folder. Look under power section. At the least, the battery health condition should be normal.

Other than that, do a SMC reset and charge the battery to 100% and let it drain couple of times and see if this problem goes away.

I have the same problem... SMC Reset done, but no change.

When it´s about 7-9%, the macbook turns off without warning.

Any more ideas what i can do?

Hi Stefan, try also to run a calibration procedure. When the mac switches-off at 7/6%, try to plug the magsafe just to turn on the PC, then wait to reach 0% and the completely switch-off.

Any update on this please Stefan? Have the same problem. Bought a replacement battery from iFixit but the battery warning doesn't come on anymore :( the macbook pro retina just turns off at 10% charge. When I plug in the charger it turn itself on

i told my problem to iFixit, and got a new battery. This works, the other battery had a failure...

I see. How do I know if my battery has a failure also? Is there any way to test it?