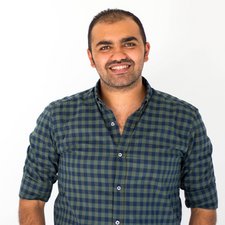 My MacBook air randomly sleep and shut of. It was working fine until i keept it to download the latest Xcode from the app store after installing it the device is always sleep and shut of randomly. I tried to reset the SMC many time without any hope. Also I have read old post here talking about the liquid damage after it i have opened my device and i found that everything is clear and fine.

Sometime about 2% the devices working fine without doing anything and 98% it randomly sleep i just discovered that the device going to sleep or shut of if i'm not using the keyboard or the touchpad but while i'm using the touchpad or keyboard the device working well.

[Update] Sometimes i got this message when i handoff the keyboard or touchpad.

Besides, I have OSX 10.12 and I joined the public beta program to get the latest OS but i faced very weird issue that after downloading the updated and in the installation phase i got a massage that the system can't verify my device !!! and i can't install the update. 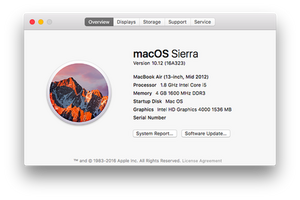 Please note: that my battery are working fine without any problem and i have visited the Apple service centre in Egypt and they failed to understand the issue.

[Update 23rd October] when i try to reinstall the SMC firmware i got this message. I'm sure that this is the correct firmware i downloaded it from apple support website. 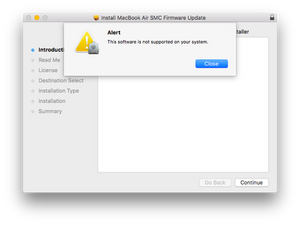 Have you replaced the battery at any point?

EDIT: I know you said your battery is good. However some off brand batteries have been known to cause issues similar to this.

No didn't replace it but i removed it from the device and tried it without battery -I plugged it to the power directly- and the same issue still happened.

My first option would be to revert the device back to before you installed the latest xcode since that is when the issue appeared. Also if you have had the device apart then ensure that you have not pinched any wires or have any keys or edges of track pad misaligned.

I removed the xcode and the problem still exist. what i'm thinking in is to try to remove the keyboard and try the device. But here i have question How can i start the device if the keyboard not attached. Is there any way to do that.

Given the other problems you are also having I feel pretty confidently that this is purely software related. Perhaps the best option would be to back every up and reinstall the OS. I wouldn't resort to touching the smc until after you have backed everything up and tried to reinstall the OS.

I no of no way to power the unit on without the keyboard.

I agree with mayer that you should check your serial number to make sure you downloaded the right smc software, though again I recommend against doing that.

To see if it is a software issue, boot up in Safe Mode by holding down the Shift key on boot up.

Thanks Mayer. I tried it and the same issue. the only case that machine working fine while using the keyboard or touchpad !!! also sometimes shutoff while apple logo appears. I tried the diagnostic tool and the report tells that everything are fine !!!

Try starting and holding down the option key and select the Recover partition, then run Dis Utilities.

I guess i have a problem in my SMC itself because i download the firmware to reinstall it and i always got this message "This software is not supported on your system."

Go her and input the serial number from the back of your machine to insure you have identified your machine correctly. http://www.everymac.com/ultimate-mac-loo...

I got the same information

It is an issue with the keyboard, where it is triggering the power button by itself (sometimes holding it down, sometimes just pressing it). I have come across this a few times with MBAs, usually caused by a small amount of liquid.

Remove the bottom cover, battery, and disconnect the keyboard. Then boot it with the keyboard disconnected (it will boot automatically when the charger is plugged in). If you no longer have the issue, the keyboard will need replacing.

I will try this and let you know. thanks for your support.

If this does work then before you replace the keyboard you could try spraying it with electrical contact cleaner and allowing it to dry overnight. If you suspect at all that you could have spilled anything on the keyboard then this is a big possibility.

Update 2: The paper clip worked, but if I ever closed the lid, I had to expect it to be shut down when I opened it again. Note: what actually solved the problem was the Security Update 2019-005 for macOS 10.13.6 that I installed a few weeks ago. No joke, it’s been running perfectly fine since then, without a single random shutdown. Not coincidentally, I remember the problem first started after the previous Security Update 2019-004 installed itself. So this is on Apple.

Update: Never mind, it’s acting up again. Time to look for a new MacBook (it has other issues too, e.g. with the battery, and the left shift, ctrl, and option keys don’t work, and it’s just really old). In the meantime, I’m now trying the “paper clip crammed into the eject button to hold it down” trick.

I tried the same solution as others have recommended in other posts on iFixit. Opened the back panel and disconnected the battery. Found the keyboard ribbon cable and the ZIF socket (see step 12 in this iFixit guide). Lifted the socket hinge and carefully removed the ribbon cable.

Cleaned the ribbon cable and socket with Q-tips and rubbing alcohol. Blew out a few crevices and lightly dusted the logic board with clean Q-tips. Reinserted the ribbon cable. Reconnected the battery, screwed the back panel into place, and hit the power button.

It started up without holding down any key, and I've been typing this whole response without a hiccup. No need to replace the entire logic board or keyboard, this did the trick!