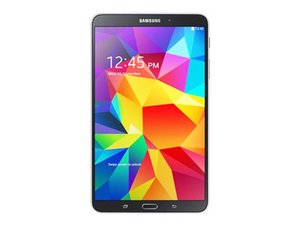 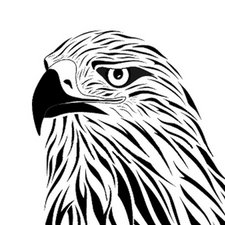 Why is my battery draining so fast?

I got given a Samsung Galaxy Tab S 8.4 (SM-T705) as the owner told me, that the battery is draining very fast (with a full charge it only lasts up to 1 day in idle).

I bought a replacement battery and changed it in no time. Now it lasts 2 days in idle mode, so only one day more than with the old battery.

What have I done so far?

I checked all the running apps and disabled most of them, which are not being used anyway. This did unfortunately not improve the battery life of the tablet, so I did some research on it and found out that other people were having the same issue. Some of them changed some IC or the whole mainboard which did fix the problem, so I'm guessing that a specific part on the mainboard is causing this issue.

Now I'm looking for a mainboard replacement as I don't want to fiddle around with the single components on the mainboard. Does anybody know whether there are different revisions of this mainboard and how to recognize them?

So, I checked with my local electronic store and they told me, it's not woth looking for a new mainboard as the usually cost as much or more than a used tablet. They however gave me a good advice about finding out what ic controller is dealing with the power management and to get this online as this would be much cheaper.

Does anybody know where the IC controller for the power management is located on the mainboard of the Samsung Galaxy Tab S 8.4 (SM-T705)?

I have the same problem and no answer unfortunately. I just noticed that since I increased security level -added finger scan and password it started draining the battery much faster. Any further comments?

Hey how old is your tablet? Have you purchased it recently? Why I’m asking i had the same issue 3+ years ago, yeah i know that’s crazy.. I would charge it up within the hour it would turn off, like at 50% or it would drain so fast with screen going hay wire…

I got mine fixed from Samsung as it was under warranty, most likely the issue with your Tab S it has a kind of fault, and it’s a pain to fix.. You need to open it up and disconnect the battery and reseat the battery connecter, that will fix it up..

Or your other option is if you’re on android

or android 5.0 Lollipop as Lollipop is known to drain the battery, flash it back to KitKat via Odin or update to Marshmallow 6.0.1 Search (XDA Tab S 8.4 LTE) everything is there on how to flash root etc.

Afraid to say it, but you'll be back. I've replaced my battery twice and the (suggested) charging port/micro-sd port once, all to no avail. Drains very quickly and charges VERY slowly.

Did you try doing a factory reset?

The Tab S is a rock solid tablet and one that I haven't seen come in for any kind of common problem with the charging circuit. I have seen countless Samsung tablets with battery drain issues that were software related and fixed with a factory reset. I would think if it were hardware related, you would see other issues.

Please update this with answers. I'd like to think we can get this tablet working like a champ. I love the Tab S.

I think I've done a factory reset but it shouldn't hurt to do another factory reset, just for the sake of it and to make sure I really did one.

I will get back as soon as I've done the factory reset and tried the tablet for a few days.

I surely want to get this to work like a champ as I love the handling of it.

Allright, I tested a few things now over the past few days.

1. I did a factory reset, disabled/uninstalled apps I'm not using and charged the tablet up to 100% - The battery is however still dropping from 100% to about 30% in not even a whole day.

I unplugged the charged at 6am in the morning and left the tablet alone. When I got back home at 6pm the same day, I checked on the tablet and noticed that it was down to 30%. There's nobody else at home who could use the tablet during this period.

2. I found a website on the internet where other people had the same issue. They came up with a solution which I tried but it didn't work either.

Solution: After you notice a quick drainage of the battery, switch the tablet off and on again. When it shows a different percentage of the battery after the reboot, switch it off again and put it on charge till 100%. Now switch it on again and check if it shows 100% on the tablet, now use it a little and repeat the switch on/off procedure and check whether the percentage stays at the same level.

I did this but it did not help, the battery is still draining from 100% to 30% in a few hours. When I'm using it, it drains even faster (got the impression that while using the tablet, it's jumping in 5% steps).

Edit: I now charged the tablet to 100% and didn't switch it on and left it in this state. Now I wanted to switch it on again and it was dead. When I plug in the charger it starts charging from 0% :(

My tablet is doing the same thing for a week now. Samsung Galaxy TabE. The above describes my problem to a tee. I have had it for nearly 4 years now without a problem. If I reboot to the factory setting I do not want to lose what I have put into the device. Has anyone figured what to do to correct this problem...how much does a new battery cost?

It's a shame that nobody can help me with this :( I really want to use the tablet and would like to fix it.

Has had anyone a similar issue and could may be fix it?

As there does not seem to be a solution to this problem and as trying so many things now did not change anything, I came to the conclusion that it must have something to do with an SMB chip in the power circuit. As I don't have the knowledge nor the equipement to change an SMB chip, I'm going to throw the tablet away now but might salvage some parts and sell them to put some money to a new one.

The problem is probably with a battery connector inside the tablet. You can find youtube video how to open it. Then remove the battery and after it try to clean the connector on the pcb with clean alcohol. Then dry it and try to switch on.

I got a new battery from amazon and that fixed the problem.

Same problem. No solution. And my tablet screen is washed out. Had it for less than a year.

Solution: get an iPad.

There is some tips that could save the battery life for your reference:

4) Do not Activate Location Service

7) Tighten Up Auto-Lock the shortest period for your device, namely 30 seconds

Actually, increasing battery life for Android Phone is not such a difficult thing as you think. To make your device run for a longer time, you only need to adjust some settings of your device like reducing the brightness of screen, disabling wireless network, quitting background software and so on.

The first time I had this issue it wasn’t really the battery but the connector, and more specifically the connector on the mother board. It was cracked and I didn’t notice til I completely checked it. Once I replaced it with a crappy soldering job it worked great but ultimately my soldering job sucked and I needed to replace the motherboard itself. I found one on Ebay for like 30 or 40 bucks. I only unscrewed like 3 screws to get it loose and replaced the motherboard with the newest battery I had and the problem was fixed. Lasts me like 4 or 5 days idle and a rock solid champ for watching movies on full brightness. Good luck brother

What worked for me. Charge it up to 100%. Unplug the charger and turn the tablet on. Run the battery down to about 75% then power it off. Let it set for 6 hours and charge it back up. Seems to have reset something.

I have the same problem but when I first got my iphone 6s, the battery was fine but then I used a charger made by the company “powerxcel”, and it charged my phone really fast.Then after a while it stopped working, the next day I realized When my battery was at 100% within 20 minutes it was at 10%.So it maybe your charger.