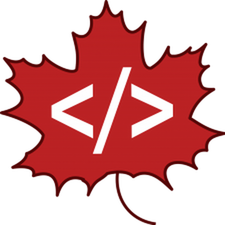 I have the unfortunate circumstance of having some debris stuck in the heaphone jack of my Macbook Pro Retina Mid 2014. It's Model A1398.

The debris appears to be a small round bead of sorts. I think it may be a piece of silica gel as might be found often packaged with products that are sensitive to humidity. Below is picture another piece of debris like it that I found in the backpack where I keep my laptop, with a thumbtack for scale. 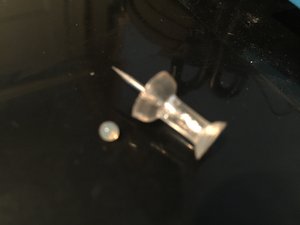 I already took it to my local licensed Apple repair shop and they gave a couple suggestions and they didn't work. He said they would not handle this repair for me (he was nice about it, but not very helpful).

I can't seem to pry remove object from the outside, as there simply isn't enough clearance in the port to reach that far in and get any kind of leverage. That leaves me wondering whether opening the machine is worthwhile. I do not currently own the tools, so I would need to acquire them.

I am generally proficient with these sorts or repairs. I have replaced parts on other brands of laptops before, and assisted in repairs on a Mid 2010 27" iMac. I've browsed the iFixit replacement guides for this model.

What I'd like to know is: Would opening the case even help me fix this issue? I need to know if there is any access through the back of the headphone jack to push the debris out.

Any other tips for removing debris from headphone jacks is also welcome.

So... I managed to clear the bead by breaking it up with a sharp pointed tool I had from a set of picks, hooks and reams. A little compressed air and it was clear. Just my luck though, there seems to be some damage in the port. When I first brought it home from the apple reseller, I thought there might have been some kind of gunk in the jack as well. They weren't very far from where I originally found the bead in my part, so I tried there first. My laptop wasn't out of my sight for more than 5 minutes, but the "gunk" turns out to be a bunch of distorted plastic from the jack itself around a really nasty tool mark. Sadly, my laptop was never officially checked-in, so I doubt I'm going to make much headway by complaining. I'll have to try anyway. I might be able to file or sand it down with the right precision tool, but the distortion doesn't leave enough clearance for my headphone port so in the meantime I'm still without headphones.

I did manage to break up the debris with a sharp tool I had from a set of solder picks. I was careful only to push downward to avoid doing any damage to the inside of the jack.

Here's an awful picture of the tool I used: 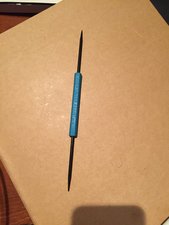 Unfortunately, it looks like the tech I had look at it before trying myself might have tried to pry it out and left a nasty tool mark in the side of the jack. Even with the debris cleared and I can't plug anything into it. Very sad day.

I might be able to smooth out the distortion with some kind of file or sanding tool.

Yes, what you found is the desacant gel beads. So the first question here is did you buy the system new or used? As some how the desacant satchel opened to spill out. Knowing when and how will set the direction on solving your problem.

The gel beads are of unknown origin, but were floating around in my backpack. I try to keep my backpack pretty tidy, but anything could have been in my backpack over the last 8 months to have left that behind. It may have even been overlooked from when I purchased the backpack itself.

Compressed air didn't work. I'll try to find something to use as a nozzle to try the vacuum trick.

Perhaps try to blow some compressed air into it? Or try and vaccume it out. Sorry for the vague ideas, just a few thoughts I had.

use a vacuum, or use this: https://www.kickstarter.com/projects/nig...

Interesting tool. I'll try that after I've exhausted everything available in my house. The thing I'm trying to extract isn't quite the same shape as what the tool is designed to remove, but it might be worth a try.