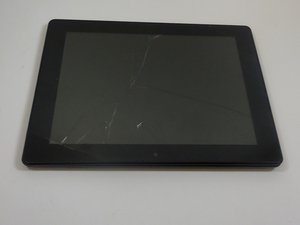 will not charge or turn on

I plugged into the charger and it will not turn on or charge. What to do?

device not turning on can be a number of issues.

- Exciting the battery is the fix for this. as long as you have a variable A/V Powersupply, you can hood the battery up to that in its suggested charging rates, and charge the battery. if it boots up, then the battery was over discharged. if it charges manually, then there is no other failure.

- will need to replace battery for that

- Touch up the soulde pins on the port. if that fixes charging issue, then no further failure.

- Bathe the mother board in Isopropyl 99% Alcohal, and scrub it with a Soft bristle tooth brush. toothbrush bristles are non ebrasive, and non conductive.

- There is a device called a "Sonic Wash" that we use, that cleans under components, however, it is an expensive tool, and not worth getting for one device.

- Possible to reflow motherboard. (Apply heat to board, and attempt to reflow the solder to a functional state. (Fixes cold circuits on board)

- Replacing the motherboard is the only way to repair this. This is expensive, and not usually worth the cost of the repair.