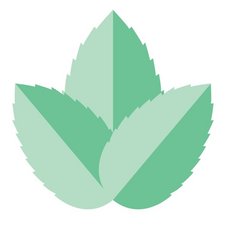 Why won't my MacBook turn on?

I recently acquired a macbook that was going to be thrown out. The macbook would boot occasionally, I determined that the cause of this was bad thermal paste. I opened it up and found my hypothesis to be correct. I replaced all three heatsinks by cleaning them with Isopropyl Alcohol 91% and Paper Towel. I used Thermaltake TG-7 from Best Buy to replace the compound, put everything back together, and attempted to boot it up.

When I try to boot up the device, The fans will pulse (turn off and on) as long as I hold down the power button. When I go to plug it into wall power, the fans do the same thing, but the rest of the device stays lifeless.

-I did not replace any components except the thermal paste

-I did not use an anti-static wrist thingy

-I attempted to reset the SMC , which turned off the fans but did nothing else

-The device was working before I operated on it

-I plan on selling if I can get it to work, scrapping it if it doesn't

-when performing smc reset, charging cable color does not change color (stays green) during and after the key combo is pressed.

No luck. I tried with and without power. It did stop the fans from spinning. A connection problem? Or did I shock it? My shop floor is concrete and the table is wood.

If I understand you correctly, a similar thing happened to my MacBook Pro(late 2013, no repairs but didn't turn on) and this helped. Hope it works for you!