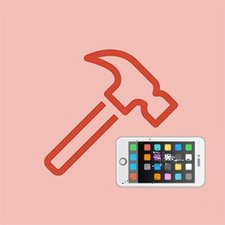 Yes, I already know that the new MacBooks have a new SSD Interface hence why traditional SSD's won't work.

I am currently typing on this MacBook by booting it over an external drive I had laying around.

Why did you take the original SSD out? Sounds like you got a bad unit here have you spoken to the seller of the unit? I would return it and get my money back.

@danj - The MacBook was originally my Aunt's macbook which I later bought of off her. But she sent the SSD to a company which then bought it off of her (she wanted to retrieve her data out of it). So now I bought replacement parts aaand now I am here stuck on this... Which unit do you mean? The SSD or the Logic Board side? I talked just right now with the seller and he sent me the money back so that's atleast sorted. But It's still say to see this little SSD not responding :( I am not sure if a drive with FileVault Encryption would've been detected at all so I am not sure if it's just locked and that's why I can not be seen or mounted or it's just a bad unit..

I normaly repair iPhones and build PC's etc. occasionally when I have time but since there are no schematics what so ever I can not even try to understand what's going on ... I think it's not the LogicBoards fault tho because the SSD just gets hot (so it get's power atleast) but something inside of it must be shorted? Or it just blocks access so the MacBook continuously tries to mount it why it get's hot.

I solved the problem by buying another SSD (used) of eBay and this time it worked. Seems like the other SSD is shorted or something as it gets really really hot. So Replacing the SSD is possible! Not tied to the MacBook like say the Touch ID Units of any Apple product.

Happy to hear its working!

So lets back up a moment here your Aunt sent the SSD out as she needed to recover the stuff on it. So was the system really working at that point? I find it odd to go to such an expense to gain access to the data when you could have simply plugged in an external drive and copy off everything.

Something else is at play here. FileVault encryption is disk based. You can either protect a folder or the entire drive. It stays with the disk. One of the element of the encryption is the CPU's serial number so if the drive is transferred it can't be used. So if the SSD you got was encrypted then that can explain why if was not working (used).

I don't do full drive encryption and I'm not sure what Apple has done in the newer systems. But from my use for folder encryption it wouldn't have stopped you using a new SSD in the system.

In any case you would have been asked for the recovery key some where in the boot process so if you had a dead system you could access the drive using the special key. Review this: How to encrypt your Mac with FileVault 2, and why you absolutely should.

So where does that leave us??? I'm thinking the system had a problem to start with. Was the logic board damaged at some point? Liquid spill.

At this point I think you'll need to visit an Apple Store and let them see if they can fix things. You'll want to put the SSD back in so they don't get a surprise ;-}

I would be curious what they say and do to fix things. Don't over volunteer to much. Just say it's your aunts system and it stopped working. As they say less is more!

I think there was a missunderstanding here... The original LogicBoard of this machine is dead because of water damage ... My aunt then sent the ssd to a company to retrive her data off of it because she had pictures on it that she wanted back and some stuff of her work. I then took the macbook to see if I can revive it but no luck so far. So I bought if off of her so I can play with it. Now I bought an LogicBoard of Ebay which works 100% and a used SSD (with apples new connector which is still PCIe based but they tried to re-invent the wheel here or something) which seems to get hot and not recognized. I am really gambling here parts togheter to be honest but these new SSD's don't even have an enclosure where I can put them in to run them externaly.. I will tomorrow or at the weekend try to run Windows on the External drive to test if there is a way to format the drive via Windows.

@md20 - I think you've scattered your inquiry across different questions so no one has the full story all in one place. I just found your other question. Its always best to stay with one question (your's) will all of the details.

Sorry guy this is such a new system there is very little knowledge outside of Apple (most are still under warranty). As far as an external case that won't be for quite awhile. I don't think that would help you here.

@danj I ordered another replacement SSD by the way so I can try it out later again when it arrives if I can mount a new ssd to the system. I also tried to connect the macbook in thunderbolt mode so I can access the old replacement ssd over another macbook and hopefully erase it. But no luck. It is either broken or is tied to the system it originates from...

I actually have a 2016 2.0Ghz MacBook Pro with Function Keys, and I purchased a 512GB SSD from a 2017 MacBook Pro with Function Keys and tried swapping them. The 2017 doesn't work in the 2016. Can't tell why either. Doesn't show up in the disk utility, although a bunch of little tiny disks did in Terminal's disk utility after I did a diskutil list.

Well, I should update this-- turns out the 2017 SSD that I had used had been fried. I had replaced my 2016 one with a different 2017 SSD and it turned out to be perfectly good! Just be careful when installing and removing the SSD, apparently it can short against the board when pulling it out.