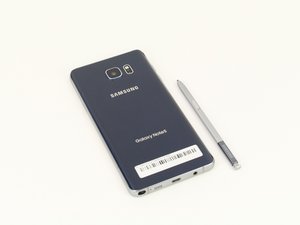 I just replaced my LCD on my Note 5 and it works but now I've run into two issues: during a call if I press speaker and leave the phone on a table I can hear the caller but when I speak they cannot hear me. If I bring it up to my ear like a regular call then everything is fine and clear.

Also when I'm in my car the Bluetooth will not work. It connects but volume is so low even with all volumes turned up. Wasn't like this before the repair.

I love this phone but I don't really want to take it all apart again as its all sealed and it takes awhile to work on. Any suggestions besides just getting a Bluetooth headset?

Hey jayeff I want to thank you. I took my Note apart and found out that my dumb self FORGOT the upper mic (noise canceling mic) you had mentioned in your answer. Luckily I had access to another one, I replaced it and now everything is all good

hey @puffs1 if this was the issue accept it as solution please!

You may have to take it apart to check that the second microphone (at the top of the phone) which is used when in loudspeaker mode has not been damaged by your repair. Also not sure but perhaps it is the same microphone for handsfree use when using BT

Firstly apologies. The upper (secondary) microphone is used for noise cancellation on calls not for voice transmission. Although it might be utilized more on speakerphone calls than on normal calls.

Was the loudspeaker feature working correctly before you repaired the LCD?

If so then perhaps if the upper mic is faulty it still might be the cause of a problem.

Here is a link that shows where the microphone is.

Here is a link to just one supplier of the part. It is not a recommendation to use them. It is shown to give an idea of the cost of the part.

I cannot find a setting (if there is one) that allows for noise cancellation to be turned off/on decreased/ increased etc. The only thing that I found was regarding HD on calls to improve quality. Perhaps you may find one. Check if there are any settings relating to speakerphone.

You could always try backing up your phone, then factory restoring it and then see if it works OK or not.

Be aware that a factory restore will erase all your data and downloaded apps. That is why it is important to do a backup first.

If it doesn't work OK, then it is a hardware fault.

If it does work OK in a factory default condition, then restore the phone from the backup you made and try it again.

If it still works OK then the reset fixed the problem.

Thank you for the answer. Do you know if that possibly damaged mic is user replaceable or if I'm out of luck on fixing it?

Thanks for the feedback.

At least we both now know the fault symptoms of a faulty { or missing? ;-) } secondary mic in a Note 5 and possibly in other Samsung devices as well.