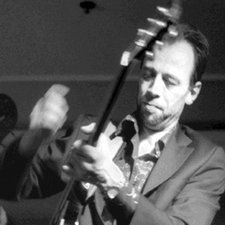 iMac does not boot

I have a 2.4 GHz iMac Intel 24". During the last few months (3-4) the spinning frequency of the fans increased. I have been looking up the processes in the Activity Monitor but couldn't find apps that were asking too much of the processors.

A few days ago all of a sudden the iMac turned itsself off and restarted a few seconds later. since a 3-4 weeks I kept a close watch to the fans' speeds in StatPro. The results: optical drive 3000 rpm, Hard Drive 5000, CPU 3500.

Today when I got home from work my wife told me that the iMac shut down and didn't reboot.

I managed to reboot, performed a PRam reset. Then I reset the SMC after removing the Power cable.

I rebooted and after a few seconds after the startupboing the iMac shut down itself. After that trying to boot resulted in a decrease in time before shut down.

At the moment the only thing that happens after touching the power button is the spinning of the dvd-drive. Nothing else happens...

Is it possible that the pram-battery is empty? Is it sensor related?

Maybe helpfull for diagnostics: the dvd-drive doesn't function anymore since at least 2 months...

happy with all suggestions,

Update: The Logic Board is defect... Further advice is replacing the fans. Total costs: € 900,- and that's far too much for an iMac that hasn't reached the age of three years. I won't have it repaired. Thanks for your help, Mayer.

Start up from your system installation disk by inserting the disk and holding down the "C" key on start up. Go to the second screen pull down menu to Utilities '> Disk Utilities, select the drive on the left and repair it. If you can't repair the drive you'll probably need to replace it.

I tried that but the mac won't start up. I can hear that the dvd-drive is spinning but I know that the drive is defect. It doesn't accept dvd's or cd's (it didn't work for 2-3 months).

I have an external drive in which I inserted the system installation disk which I tried to boot with the "C" key and with the "D" key. All that happens is a light on the external drive that flashes for a few seconds. I don't hear fans or hard drive inside the mac...

I already ran Disk Utilities last night to repair the drive which succeeded. Imho, I don't think the hard drive is an issue. I think it is more likely that the iMac doesn't get enough power supply. Therefore my suggestion of the pram battery. Is that an issue in your opinion?

I just don't understand, it won't start up from the system installation disk but you ran Disk Utilities and repaired the drive. Please explain how you did this.

That was before the mac definately shut down the last time... It had a few shutdowns before, therefore I performed the hardware test and repaired the drive. After that the mac didn't awake from its last shutdown.

On another support site someone suggests the possibility of a defect in the power supply. The last temperature reading I performed through Temperature Monitor indicated 85º (185ºF). That would be a good explanation for the spinning fans. But is it logic that the dvd drive spins and at the same time the hard drive and the fans don't function if it is a power supply issue?

I'd start by replacing the PRAM battery if it's over 3 years old and reseating the RAM chip, using some canned air and "take it outside to save your marriage". and give it a good blowing out also blow out the CD drive. Zap the PRAM after installing the battery. Boot in Target mode via firewire holding the "T" key down and check the hard drive with the other Mac. Let us know of any changes this may cause. This is the shotgun approach to repair.

Look at the 4 LEDs next to the RAM slot on the right up through the bottom of the case.. I expect the first is lit and the other next two start to go on the off. You supply as gone bad. Not hard to replace. They run about $80 to $100. I just replaced mine, but now the iMac works but will not restart from a shut down or sleep unless I reset the SMC (by unplugging for a while). I expect something in the SMC chip has is making it think there is a bad port or high temp condition. I have given up on trying to fix this. I just leave it on. If I do want it off I shut down and then turn the power strip off which removes the AC and resets the SMC for the next time I turn it on.

Hi Guys, am also having the same issues with my Early 2008 24" iMac 3.06Ghz. Am confused and worried were you ever able to resolve this issue? And if so how? Thank you very much.

Having a similar issue with my 3 year old 24" Imac. Worked fine last night when i woke it up this morning, the colur wheel spiral came on then the computer shut it self down. It attempted to restart but shut off as soon as the power up tine sounded, the sreen remained black. The computer repeativly attemted to restart itself with the same results. Tried resetting the pram but this had no effect.

Is it the end?

The funny thing is, after two days unplugged, it worked fine when I tested it this morning. I subsequently turned it off and put it back on my workspace and the same old black screen, same old 2 LED lights showing. I am thinking power supply at this point, am I wrong?

Im just about to repaior one of this model and I thought its a power issue on led driver. let u guys known when i repair it.