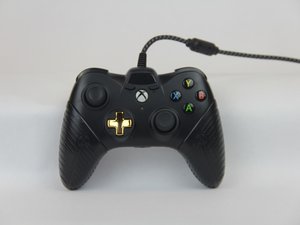 The PowerA Fusion controller for Xbox one is a combination of advanced, customizable features; encased in an elegantly designed casing that lets every gamer take control of their individual gaming preferences. 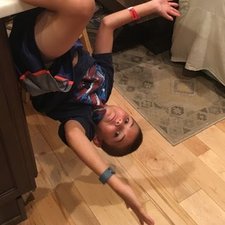 Where can I get a plastic ABYX pad that goes inside the controller?

I need a plastic pad that contains the silicone conductors that are pressed on by the bottom of the ABYX buttons. I haven't been able to find one anywhere. I looked in the replacement parts catalog and couldn't find one.

any luck finding it? I also need the same part...

Did anyone find this cause i need one to my A button gets stuck so i tried clean it and now it broken.

Third party controllers (even officially licensed versions) are nearly impossible to get replacement parts for unless they happen to use the same parts as the official first party controller.

The silicone conductive pads would generally not be available to buy for this controller and they are not the standard ones from an official xbox controller.

Have you lost it or is it not working / damaged?

I believe your only options would be to get another of these controllers used from ebay if it is worth repairing or possibly use a different silicone conductive pad from another controller, but the chances of finding the right size is very slim.

If you would like to send over the measurements we can have a look at see if any of our controller silicone contact button pads are the right size, contact me here or on twitter @zedlabz

On my particular controller, the rubber button responsible for the “A” button press is just depressed and stays there. Are you telling us we would have to buy a new controller since we can’t replace the pads?

You would either need to try and match it with another similar pad, buy another controller of the same to salvage parts, or buy a new controller.

The chance of being able to match a part is slim but feel free to send over a picture of the part to us here at ZedLabz and we will be happy to take a look and see if we recognise the part as similar to another.

The problem with many third party controllers is that they use bespoke parts, and are not widely available like official parts.

I know this is old, but this is for those, like me, who were looking for the same answer.

My A button was mushy, so I took it apart because the controller was out of warranty. I saw where the little silicon membrane was ripped.

I then contacted PowerA to see if they could sell me the part and they referred me to Amazon or Ebay.

I started looking and found this post, and this is where I gave up looking and started doing: I took an old off-brand PS1 controller apart to see what parts could be used, if any. I ended up finding the silicon mold underneath the D-Pad.

It didn't line up perfectly, but the conductive pads on the PS1 mold fit JUST well enough to where the pads touched the gold electrodes in my PowerA controller. I trimmed the D-Pad piece down with some scissors to be in the same shape as the old piece and then used a piece of cheap double-sided scotch tape to make it stick down in the controller since it was lacking the rubber ‘horns’ that would’ve held it in place through the controller board.

I put the controller back together and it worked! Your mileage may vary, and keep in mind the tactile snap won't be the same.

You can conceivably do the same by buying a newer piece online. It may have a better 'snap' when the button is pressed since my PS1 controller had been used for literal decades.