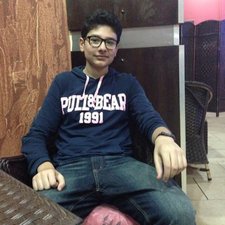 spilled water on my MacBook and it works

hello every one I spilled half a glass of water or less on my MacBook while it was turned on and I turned it off and tried to dry it and then turned it on after 30 min (I know stupid move on my part) and it worked fine until the screen turned black and then turned off.

I took it to a apple service provider and they diagnosed it and said that the logic board, top case, display assembly, and the fan need to be changed and it will cost $1600 after one week being left there I took it today ( I didn't get it repaired there of course) and then tried turning it on and it works perfectly fine now and it charges and everything and I'm righting this question on the macbook.

now my question is should I worry and go get it fixed at another place or no ?

I spilled water on my MacBook and now it works!

1. Turn it off and unplug it

3. The next afternoon, plug it. Now hold down: Shift, control, option and the power button for 10 seconds

4. Wait 10 minutes and it should turn on

Spilt some water on the 2012 MBP, wouldn’t turn on for 2 full days. Had it in the inverted V for a most of that time but on the third day read the above comment from Jessica. Held down Shift, Ctrl and Option and before I got to the power button it switched on! 5mins later looking good so thanks so much Jessica :D

When you guys did that technique does it still work? How long did you guys let it sit out for

@vivian hoang did it work for you?

Water is a tricky thing!

Pure H2O is not the bad guy! Its whats in it that is!

So if you spilled distilled water leaving the system off until it fully dried the amount of damage will be very little as only the stuff it picks up within your system would be present.

Remember all of this stuff won't evaporate with the water! So it will stay on your system and short out or corrode parts over time.

So what is the bottomline here? You likely need to still open your system and clean the areas the spill took place on. I'm suspecting it was mostly into the keyboard and trackpad both of these are the more difficult to get to and clean. Mostly we just replace them as its just easier. Which is why they recommended you replace the uppercase assembly.

For now how about just making sure the logic board is OK. You'll need to follow this IFIXIT guide to take it out: MacBook Pro 13" Retina Display Early 2015 Logic Board Replacement. Once out use cotton swabs (Q-Tips) to mop up any visible spills and use distilled water to sip down the areas. I would then go over the same areas again with 85% isopropyl alcohol to help speed up the drying process and to remove any oils that may still ben present.

Let the parts fully dry and hopefully the keyboard and trackpad work for now. You'll likely need to replace the uppercase at some point. If you see anything that you question take some pictures and post them here for us to see. Its also possible there are some other parts that need replacing.

I spilled a glass of club soda, vodka and lime all over my macbook pro keyboard. Liquid went all in the vents. Tried everything recommended on the web, to no avail. Every few days tried turning it on. Was about to give up and buy a new one. Then one night about 3 weeks later it rose from the dead. Had to reboot per screen instruction, but it works perfectly.

Had water spill not to much on my macbook air 2018 dry it off .Didnt use it for 3 days .After that I turned it on . It worked perfectly after 4 days the keyboard all have been unresponsive .it will work for the whole day. The next day will try putting on my macbook it won't respond .please I need urgent help .is barely 5months I got this .

same here. mine too. Water damaged and couldnt turn on for weeks but suddenly recovered and works perfectly. but now, comes a problem. I wanted to sell/trade in my macbook... Do i need to declare water damage?!

@SOjobear Considering the natural evolution of oxide is to progress further I'd say it would be correct to inform buyer of possible surprises down the road may be expected.

Had water spill not to much on my macbook air 2018 dry it off .Didnt use it for 3 days .After that I turned it on . It worked perfectly after 4 days the keyboard all have been unresponsive .it will work for the whole day. The next day will try putting on my macbook it won't respond .please I need urgent help .is barely 5months I got this .