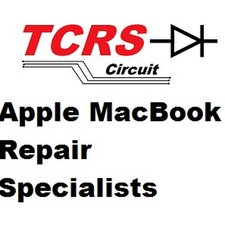 I am ready to rip my hair out on some of the answers and misinformation being provided by some as of lately when troubleshooting MacBook issues. So I am going to write a comprehensive guide on how to PROPERLY troubleshoot many of these.

Let's start with some of the most common issues.

Answers that I am seeing -- It's your LVDS cable --

WRONG! There is a slight chance that it is but not in the way I see most of these issues manifesting. This machine has a known GPU issue. Your LVDS cable really doesn't fail often. I have never seen one fail in the time that I have been fixing these by just sitting there. After being dropped or having the cable corrode from liquid is a different story.

Pink lines, vertical lines or bars, or not booting is usually a dead GPU.

But, but external video works fine.

Yes because the GPU has separate outputs for external and internal display. Plus the GPU outputs signals such as LCD_EN and BKL_PWM so you can have black screen or no backlight and have a perfect image on external. It doesn't matter. Just because one output is working doesn't mean the GPU is good.

But if I bake it it will be fine right?

I have a 2013-2015 MacBook Air. It doesn't turn on when I push the power button but it will turn on and run on battery if I plug in the charger. The genius bar told me I need a new logic board.

My fans on my MacBook are running at 100% all the time.

No, Sometimes that can solve it but most likely you have a sensor issue. Run AHT to ASD to find out which one. Probably will be palmrest and you'll need a new trackpad.

I plan on turning this into a guide and updating this post as time goes on but this is what comes to mind. Please please stop with the misinformation.