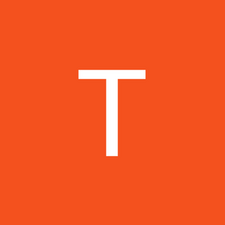 iPad boot loop after battery replacement, works while on charge

First of all, some context. My iPad Airs battery had been slowly reducing in capacity, often lasting for of an hour or less on a charge. I knew it was time for what I thought would be a simple battery replacement.

I wasn’t prepared to pay what Apple quoted me (£100+), so I got a quote for just over £50 from a local repair shop recommended to me by a friend. At this point, I just thought the battery needed to be replaced, as did the shop.

Upon collection, the iPad appeared to work fine, battery charged to 90%+, set up as new. I tried to install an app, but before I could enter my password, the iPad turned off. The screen then showed an Apple logo. And then turned off again. This repeated until I plugged the iPad in.

I took the iPad back to the shop, imagining the battery to be faulty. I was told that the problem was likely with the charge control circuitry and would be unecconmical to fix but convinced them to replace the battery again in case it was faulty.

Again, upon collection, it appeared to work fine. I went on holiday for two weeks, and left the iPad in airplane mode. The iPad lost just under 50% in those two weeks, and was still alive when I got back. I unlocked it, and again navigated to the App Store, only for the same problem to occur, before even trying to install anything.

What’s going on? Does this sound like it needs a motherboard level repair? I’m £50 in and no better off. Any suggestions are welcome and would be greatly appreciated.

Everything stills point towards a faulty battery. It's quite possible that the shop got a bad batch of batteries or, I hate to say it but, perhaps they never replaced it the second time seeing as how they seemed unconvinced when you brought it back. At any rate a large battery like those in the iPads can supply small amounts of current for an incredibly long time, even a very weak battery. However, when the current demand increases, the battery life gets reduced significantly. Under normal conditions, you should get ~8-10 hours or normal use and days worth of standby time.

What I suspect is happening here is that when you power up the device for activities, the battery is simply degraded and shutting down completely. To be certain, use a battery utility, such as coconutBattery (for Mac) or 3uTools (for Windows). It will tell you what the health of the battery is. Anything less than 70% of design capacity will require replacement (and should normally be covered by the shop)

Thank you for your response. I didn’t mention in my original post that I used a similar app but on the actual iPad, before and after the replacement. It showed 84% wear on the original battery on the Ipad before replacement, and 2% wear after. I’ll run the programs you suggested and update you further on my findings.

Replace battery with high quality one