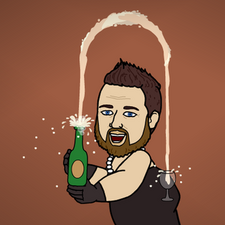 Starting back in a couple of years ago, I got an Apple Watch Series 2. I loved it, amazing product and great compliment to my iPhone 7 Plus. However... It died a few days after I had it, this happened at work.

Fast Forward. Apple had replaced the watch over 12 times. Yes, 12. After a couple of different stores worked with me, one store manager took everything back and gave me full credit plus a nice discount on an iPad Pro, I gave up on the watch.

I purchased a Pencil for my ipad and when I brought it into work, guess what. That failed. I exchanged the pencil and I leave it at home.

A friend got me a Series 3 as a Christmas gift. I wore it for not even a week. Guess what? Yep, it died after a couple of days at work. And now I have 2 coworkers who are also suffering from some issues. 1 had several watches fail and then her iPhone 7 Plus failed. All with the same behavior. Sudden loss of connection, time would move faster, eventually a complete failure to where the device (Watch or Phone) would not power back on.

I spoke with some friends of various degrees of tech knowledge, from A+ bench techs to Platform Engineers & Computer Science degrees. Plus some simple math says the common device among the three are the Bluetooth radios?

I work for a small electronic manufacturing company. We basically assemble components and various sensor products. Quite a bit of soldering. No massive equipment other than PC's, Multimeeters, a CryoStat in our lab next door, but no heavy magnets and there's more EMF interference from desk fans.

Apple Support hasn't been much help, other than constantly replacing the products.

Any ideas? Someone did mention they worked in a plant with lots of solder/flux equipment and it messed with bluetooth radios. We don't have a lot of BT devices, a few headsets maybe but nowhere near extreme levels. Does it sound logical that the BT radio inside Apple products would fire back so hard and break them this way?

Are other people at your place of work having similar issues?

Yes. One person had a couple of watches and several phones. Another just the phone, a model 7 and 8.

Frankly. I’d contact the EPA . They may have a lot more experience with this. Also, whatever is killing your devices. may be killing you. https://www.epa.gov

Sounds like they need to invest into some heavy duty ventilation systems to pull the vapors away.

I'm not entirely sure what the EPA would have to do with Bluetooth enabled devices dying? I've run an EMF meter across this building, as I said, a desk fan puts out more EMF than any of the other equipment. We solder here, but not enough to cloud the room and precautions are being taken. Short of a radioactive chemical spill (Which we have no radioactive materials in the building) I'm not sure what calling the EPA would have to do with this?

Most EMF meters are not designed to catch short bursts. You would need a fast storage scope.

Not sure if this is still bothering you, but you might have seen this blog post about Helium “killing” iPhones from October: iphones are allergic to helium

Could that be the same for your Apple Watch and Pencil case?

@isakrittl - I think you hit it! I had forgotten about this question.

I think both @mayer and me are thinking the flux vapors and what else you have going on in the air is the issue here. The fumes can be corrosive (Acetic acid in the flux) so over time it can eat into exposed surfaces damaging them.

From what you've stated I can't see RF signals being the issue here. You would need an electromagnetic pulse to damage the transmitters in any radio system (Bluetooth, WiFi, etc...) I've not done any testing on how much of a pulse or what frequencies one would need to kill Bluetooth, so its possible Bluetooth is more sensitive than the others.

Here's a person subjecting an iPhone to a EMP pulse: Electromagnetic Pulse (EMP) an IPhone - What Happens? We don't know if Bluetooth or WiFi still worked afterwards as unlike the rest of the phone the antennas are exposed outside of the Faraday Cage shield of the metal case, or in your case the AppleWatch its self.

Right. But the "fumes" would have to be a continue cloud to do the damage they are doing in such a short time. I'm talking about devices dying out in a matter of hours, sometimes it takes a day or two of exposure. But with that kind of damage to the phone, we should me all dead by now ourselves. We use lead free solder, we have several PHD's in the building, I'm sure if we were causing that many fumes they would have made a stink about it by now. Pun intended. ;)

I guess my answer will never come, because this seems to be going way left field here. This isn't a noxious environment, we aren't burning solder by the kilo and the "vapors" are nowhere near the devices let alone concentrated or exposed enough to eat away at components. Remember, there are other sensitive electronic devices that we produce and use on a daily basis here and none of that is eaten away or malfunctioning. It's APPLE products only. So unless they made them inadvertently hyper sensetive to miniscule amounts of solder (I've seen hobby shops produce more solder/flux vapors than our department) I don't see how any of what you guys were talking about really rings in here. Try to read my entire post front to back again, please.

EMP: Again, we use various electronic devices in here. PC's, Multimeters, Calibrated Current sources pushing 10 microamps of current, we measure sensors that are calibrated down to .02 Kevlin. So if we aren't messing these devices up, tell me why is it only Apple phones/Watches/Pencils are failing. I've had an Android phone and watch for over a year back here and never a hiccup. We have several people who use Bluetooth Headsets, not one issue or decrease on range. But you bring an Apple device back here and it's a roll of the dice if it lasts a day or hours in some areas.

Clearly this is beyond what we can offer here, and besides we are not the ones that could do anything about it. It still comes back to what is happening in your site. You'll need to identify the source.

I've been servicing Mac & iPad systems for years and I've serviced large installations of both. I have not seen a rash of failures like what you are describing here. Frankly, I rarely see any Bluetooth failures and they are always after the system was dropped.

I think you need to talk directly with Apple to get an engineer to visit your site to see what they can discover. And, no Apple products are no more sensitive to what ever emissive source you have in your environment than another device. I just think your collectively using more of them than others.