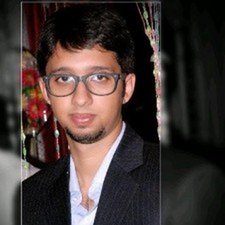 Lately, I changed the Hard Drive, and messed up with the OS, so I don't have anything running on it right now. I have visited a number of forums, but couldn't get an answer to my issue.

My first issue with this MacBook is that it does't show any options on pressing the Keys if it doesn't have an OS. It is unresponsive to Cmd+Ctrl+P+R, Options Key, Cmd+S, Cmd+S, Cmd+R, Cmd+T, S, R, T, or any other shortcuts (I could find on internet) which you could use to access the Booting Options in a MacBook. You start the machine, it gives chime and a white screen, after sometime it gives a Circle with Cross.

Tried booting from USB, and CDs. I made MacOS 10.7.5 (Lion) which was working on it, but it just does not boot up. So my major concern is this, that my device is unresponsive to any and all the shortcuts. Last time I got the OS installed from an IT Shop, and the guy took out the hard drive, put it in another MacBook, and installed the OS. Now I don't have that option, plus I don't want to spend money on that since it is a spare laptop.

My second issue is that with this condition, is it possible for me to install Window 7 on it? I couldn't find a step by step procedure to do that, if someone could redirect me to a link which is helpful. I completely understand this can't be done till my first issue gets resolved. Even then, I am not sure if MacBooks boot directly from Windows 7 USBs.

I would be really thankful if someone, who has done something about this, could help me around it.

So, just to update you guys. I again searched about how to make a bootable usb. I found the other way of using "Show Package Contents", and then restoring the "Install ESD" file on the USB. With that, the machine just boot up. I might be doing that in a wrong way earlier, but I even tried two three USBs from local IT shops, even those guys couldn't make it boot. Now I will try installing Windows 7 on it, and will update how that comes out to be.

So, people, I am once again there. I have realized that my option key only works by chance. It doesn't work at all, except at the lucky times only. That day when I installed the OS, I run bootcamp, and something happened, as a result of which, my Macbook now gives “No boot device". I have connected that hard drive externally and the drive is perfectly fine. I am again at that stage where I can't install the OS from USB again. What should I do now?

Thank You for your response.

Responding the points raised by you one by one. I bought this laptop as a used one, it did not have the recovery partition in it. With internet recovery, it goes into that, but it says that your system does not support the internet recovery, therefore I can't use that either.

I have made bootable USB with MacOS Lion, but the system does not read any external boot device. I also tried doing it in a way that I pulled out the hard drive, attached it to another Macbook, made one active partition, and made that partition bootable. Even that is not working. Seems like it is not reading boot informaion from any device. As I said above, the only option I have is to put this drive in another Macbook, install OS, and then put it back in this system. This is the only sooution, but I don't afford to do that right now.1aa

Can you please guide me as to what would be the procedure if I make a partition, make that partition bootable, and install OS on the other partition using this one internal hard. I would do all this process using another MacBook with connevting the drive externally.

Once you pulled your original HDD you lost access to the hidden recovery partition on the drive. Your raw drive doesn’t have it yet so you can’t access it.

You also have another issue here as only the newer OS-X releases offered this. In addition Apple updated some of the the 2010 and newer systems with internet recovery service which allows the computer to call home (Apple) over the internet to then remotely install a new copy of OS (if you had replaced the drive as you did here). But your system does not have this option!

You’ll need to create an USB thumb drive OS installer. But! you need a system which is running Mac OS-X or macOS to create it and you will need access to the OS installer files. To add to this Lion and the other older OS’s are time bomb’ed to expire after a certain time. While we can over come this by turning off the systems access to the internet time service and manually turning back the date to a working time, you might as well just install the proper OS your system can use than try going with such an old OS if you can run a newer OS. Depending on your exact model you might not have a choice! Review this listing of the MacBook’s to find yours and then tell us which you have: EveryMac listing of all of the MacBook’s

Sorry I mislead you! These older systems won’t boot over USB only FireWire.

You can’t create partitions in Disk Utility until you’ve setup the drive with GUID and a Journaled file system. Once you do you can reside the partition to make a second if you need to.

So, just to update you. I again searched about how to make a bootable usb. I found the other way of using "Show Package Contents", and then restoring the "Install ESD" file on the USB. With that, the machine just boot up. I might be doing that in a wrong way earlier, but I even tried two three USBs from local IT shops, even those guys couldn't make it boot. Now I will try installing Windows 7 on it, and will update how that comes out to be.