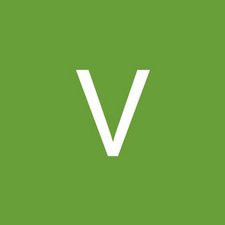 Please help me locate the temperature sensor on this MacBook

Hello guys, can anyone help me locate the temperature sensor on this macbook? The issue I'm currently facing is the fans go high each time I turn on the laptop and it's very very slow, the kernel task is eating whole CPU.

I've temporary replaced the screen to confirm my thoughts and the issue was gone. So, it must be sitting somewhere on the LCD panel, anyone knows where?

My guess it's somewhere on the LCD plate since I disconnected facetime and LED light flex cables and didn't reproduce this issue on the new screen. 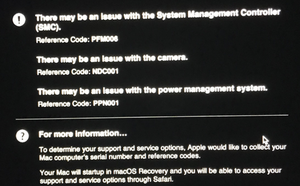 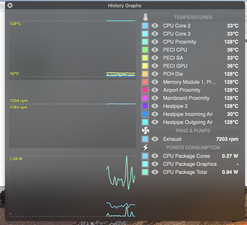 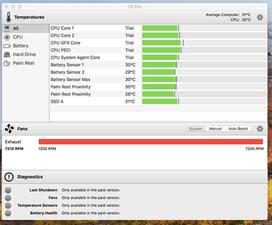 So, basically it should be located somewhere on this LCD plate: 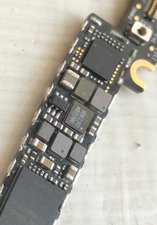 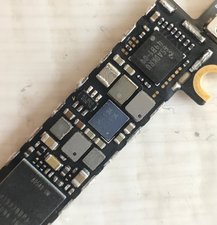 It would likely be under one of the cans, or the LCD panel it’s self.

That's right, under the cans. LCD panel doesn't have it, I tested this by deattaching the LED lights flex cable as well as the Facetime.

Did you see the chip I pointed out? Can you read the markings?

Thanks for getting back to me, Dan. Yes, I see it. Here's a better picture which was done by ifixit teardown: https://d3nevzfk7ii3be.cloudfront.net/ig...

So, is there any way to test it? I'm sure it's not somewhere on the LCD itself, only this board seems to be keeping it. I'll try to make a better quality picture of the item marked today to see the texting it has on.

ok, updated photos. Now you can read what's printed over there.

ok guys, just in case someone else reads this. Don't even try to fix that %#*@ thing, the sensor is located somewhere inside the screen, not on the board I was guessing. We managed to replace that plate, soldered box flex cables without success. The screen works fine however the fans go high. No luck. These screens are impossible to fix.

I had a feeling ;-{ Still its good to know for sure.

Lets see if we can get a better view of your sensors. Download this great app: TG Pro. Then paste a snapshot of the main window (you may need to stretch it out a bit to get everything to shot up) Adding images to an existing question so we can see it too.

Apples onboard system diagnostics as of late is more fluff than useful. Just aiming people to visit them than telling them what the issue is.

I can’t read this chips info. It could be the sensor.

But it’s more likely within the display its self.

Thanks for the reply, done! However I'm not sure if it helps.

mmm... I don't see any issues with the thermal sensors. So thats not it. The fact the fan is ramped up is either the fan's control logic is bad (SMC) or the power feed to the fan logic which controls the voltage to the fan is not working.

Then you have the kernel_task issue.

Didn't you say you have a bunch of bad keys... >hint< >hint< I would get the keys fixed the broken ones that is... >hint< >hint< under the extended warranty program Keyboard Service Program for MacBook and MacBook Pro

Thanks Dan, however it's an issue with thermal sensors, I'm sure about it. I've added one more screenshot which I took with another application, and it says the CPU is going 128C, however the laptop is not even warm....

Thanks for sharing the bad keys program url, I didn't know about it.

You understand the hint here I hope!

hy Vadim, i saw a video of Luis Rossman a few weeks ago ,

and he describes an issue with slow macbook and sensor problems.

Take a look at it maybee it helps, or you get a clue.

It is called: How to repair sensor on Touchbar Macbook when running slow without Apple diagnostic software

Hey mate, thanks for sharing this. Louis is fixing the mainboard in that video which is not good for me. I'm sure in my case it's faulty LCD temp sensor. I'll try to contact Louis, maybe he'll help. Thanks anyway.

So, the sollution is pretty simple.

These are SMBUS_SMC_1_S0_SDA / SCL ALS Lines. since this laptop will fail because of the broken LCD Cable, display replacement makes zero sense.

Hi just to confirm , Had the same issue. History liquid got just right on the lcd internal board.

I read the values (voltage) on all I2C datalines from the lcd and compared with a working board/working lcd and found out ALS data lines (SCL and sda) were pulled down like 1,6V instead of 3.3V. Resistance to ground on the ALS scl and sda probe points was low with the faulty lcd compared to another working one.

These ALS (Ambient Light Sensor) datalines are sharing the same bus (SMC_S1_S0_SDA/SCL) than other sensors like :

So ALS messed all the bus and this is why fans go crazy.

Instead of removing R8556 R8558 I just cut the traces to the lcd connector.