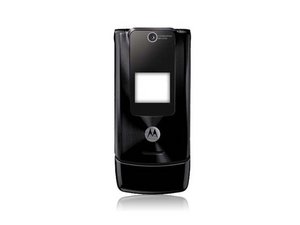 The Motorola W490 has a simple design with a solid range of features including Bluetooth, voice commands, and a speakerphone.

Why will my phone not turn on and not function?

I took the back off and the battery out. I wiped out the interior of the phone. I dried out the phone for several days. I put the phone back together and charged it over night. Phone worked for several months since. Recently the phone began to work intermittingly. I bought a new battery for it. The new battery did not make any difference. The phone now does not function. When I have the phone on charge, the outside screen is light blue to purple in color. The inside screen when first plugged into the charger will state that it is charging. After that the "Helomoto" will appear on the inside screen and the keypad will be lit. The outside screen, the inside screen and the keypad will stay lit for several seconds and then go off for several seconds. This continues to repeat itself. When I unplug the charger, I have a dead phone. What do I need to do to repair this phone? Thanks for your help in this matter.

Al Mummert, did you disassemble your phone after the water damage and cleaned the logic board? It is possible that your logic board has corroded. Make sure that you battery contacts are free of corrosion and clean. Now would be a good time to disassemble it and check for corrosion of the board and all its connectors. Good luck.

Here are instructions for the dis-assembly of your phone.