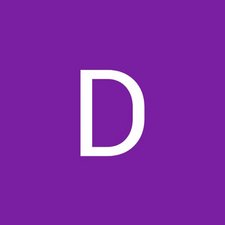 I have a MacBook Pro 17" A1297 and this has been rock solid for years. However, when using it last night, after about an hour, the screen froze, and after forcing a shutdown it won't restart. It wasn’t hot or the fans on, so don;t think that was the cause.

When I press the power button, the front white light (left of the two) is bright for about 1/2 second then goes 50% duller. The fans start up (not sure of HD as it is an SSD so silent), but there is no chime and the display remains black.

The battery and magsafe charger seem to be working insomuch as the green->orange light on the magsafe is on when as usual when connected to a power source, and the green charge leds on the side of the MBP flash and progress showing that the battery is charging up. When the battery has been charged, I can use the power switch without need to be connected to an outlet, the lights come on, fan kicks in, so assume the battery has charge.

It seems the system has some form of function as when left with the led on, the CPU area on the aluminum case heats up, and if leave to heat up the fan kicks in to cool the system, then the system cools down.

I've put a cd in the side caddy and this spins up on booting, so it goes through the detect cycle.

I've noticed the keyboard does not appear to respond to input - caps lock doesn't light up or the keyboard backlight or disk ejects do not work.

If I close the lid, the front LED light brightens. Does a duller light imply anything, such as a broken logic board? If I click the round button next to the green leds on the left side of the MBP, it is dull if the lid is open and brighter when the list is closed like the front LED. Very odd.

I've tried disconnecting the battery and running off cable power and this has no material change of effect.

I've removed the HD and I've tried reseating the RAM simms, and likewise no change when powering on.

I've exhausted what I could find on Google and question answers on this board to no avail, and wondered if anyone else has had a similar problem?

What I have found is that the shift-ctl-alt/option+power button doesn't start the system. it is only when I release the shift-ctl-alt combo that the led comes on. This implies that it is responding to keyboard input, perhaps?

I fear its a logic board problem which is outside of my comfort zone and budget, but would a fried board still operate the fan on boot, or respond to a head sensor and try and cool the case, or even go through a CD detect cycle?

I have exactly the same issue and same configuration 2010 i5 17”. I did try also to remove the RAM modules and the laptop was bipping at the start.

I have also the suspicius that the issue is the GPU even if is the 2011 the common series for GPU failure. I managed to repair my parent’s iMac 2011 that was not starting, black screen and spinning fans by simply reheating the GPU.

I can confirm that sometimes a bad GPU won’t make the Mac starts.

Unfortunately I left the laptop with my parents and I will have to wait to come to them. I hope I will fix the laptop otherwise I am not risking much :)

After a while due to the covid pandemic I managed to work on the broken laptop. I disassemble and removed the logic board, cleaned from the dust and then put inside a preheated oven for 8 mins at 185 degree Celsius.

The trick worked and the laptop turned on again and everything was working as expected. So it was the GPU the issue. I hope it helps. I had nothing to loose :).

The purpose is to melt the solder between the chip and the socket. With time and many cycle of heating/cooling the solder might get loosen and doesn't make the contact with the chip. The process is a shortcut for reballing. However it will not last as a proper reballing. If we use the GPU regularly is better to do a reballing with a professional shop, but at least we found the issue.