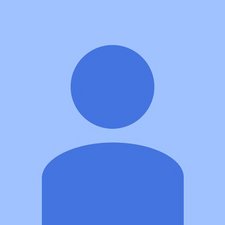 How to remove AppleSetup Done on Mojave

Does anyone know how to remove AppleSetupDone on Mojave?

Any ideas how to do this on Mojave would be much appreciated !

Does this still work with Catalina?

This is how I do it with the older MacOS versions How to Re-Run the OS X Setup Assistant. I haven’t tried it under Mojave yet, but I don’t think Apple has altered things.

Do keep in mind the only reason you would need to remove the empty .AppleSetupDone file is so the system thinks this is the first time setup was run.

The first user account is by default the Admin account. But you can always create a new user account which has admin privileges. Or make guest or limited user accounts.

You can’t run a system without a admin account so deleting it is not wise. You can alter the user account permissions to add or remove access.

Got any ideas how to do that?

I found this on Medium.com posted by Robert Hammen:

Similar to how iOS is configured, macOS is now on a separate partition from user data, which acts as if it is read-only (but in beta 1, it’s merely SIP-protected). In the beta, you’ll see “Macintosh HD” and “Macintosh HD — Data”. Data is a separate volume mounted in /System/Volumes. OS-installed applications live in /System/Applications, but the Finder presents them in /Applications as well. Apple calls the technology “firmlinking”. Beta 2 will be fully read-only by default.

Maybe this will help someone to update the commands required to remove a user folder and remove the .AppleSetupDone file (or whatever needs to be done to trigger the OOBE or new computer setup at startup.

/sbin/mount -uw /System/Volumes/Data is required for Catalina. I was not able to perform the /sbin/fsck -fy though - can't remember what error it gave but it did not appear to be successful.