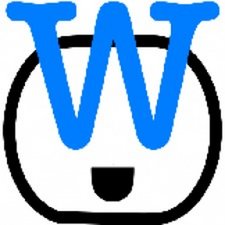 I would like to upgrade the iOS on my iPhone X from 11 to 12, but it will not let me because it says it has not finished the restore.

This began over to weeks ago when suddenly all of my text messages disappeared. I backed up the phone to iCloud and confirmed the back up success. Then I wiped the phone and began the restore process from iCloud, which appeared to be moving smoothly. I had assumed that it completed the restore.

In the time since I began this restore, there have been plenty of opportunities  when the phone was: plugged into the wall charger, asleep and connected to Wi-Fi. These are requirements for backing up and I assume the same for restoring from iCloud.

Since I do not know what remains to be restored, I am apprehensive about choosing the “stop restore” option. If I try to stop the restore, it says that I will lose all unrestored data.

Adding to my concern is that until the phone completely restores, it is not doing its back ups.

How can I determine what is left to be restored?  Or how can I force it to continue restoring? I don’t want to lose everything I’ve done the last two weeks waiting for this restoration. I cannot go on without backing up or forgoing upgrading to the new iOS.

Hey. I haven’t seen that error myself,but usually it’s apps that may not restore. If you had multiple iTunes accounts and downloaded different apps from different accounts,it may not have the password for said account and not restore the app. Other than that,there’s not much of a way to know what did and didn’t restore.

do you happen to have an iTunes backup?

have you tried factory erasing the iPhone and restoring again.

fyi,iOS 11 backups ARE compatible with iOS 12,not vice versa. So if you upgrade to 12 now,so it perhaps fixes software corruptions,you can then restore your iPhone. But say you had an iOS 12 backup,and downgraded to 11 in the downgrade period,you couldn’t restore the backup.

it could be a backup issue,or software issue.

Try to factory erase it and restore again if you haven’t already!