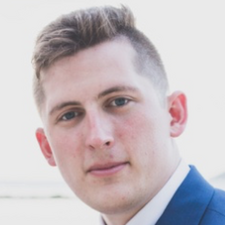 What is this Vertical bar of Inverted Colours on my Screen?

I was cleaning my Macbook Air at the weekend and think I might have damaged the screen. A vertical bar of inverted colours appeared on the left-hand side (the right was fine initially) but then both sides of the screen displayed as shown in the image.

After about an hour of doing nothing, the bar on the left-hand side returned to normal but the right-hand side bar has been there since. 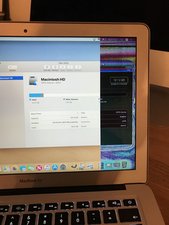 Any ideas what has happened? It’s a 6-year-old machine but I’ve never had any issues with it until the weekend.

Does the screen need to be replaced?

I hope no water/cleaning detergent dripped into the frame as under there on the bottom side you got the full array of screen panel components and if that’s the case, screen might be fried. Try reseating the connector after unplugging the battery just not to let that untried.

Afraid so...just strange that it broke on one side and then reversed later on.

I suspect you used a spray cleaner on your screen and the liquid dripped under the bezel wetting the LVDS connector. Now you have a resistive short as the cleaner has dried but left a film of corrosion across the connection. 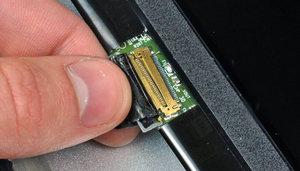 OK, thanks for your help. What do you suggest attempting to clean it with?