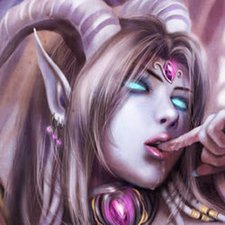 My Keys on this laptop do not work..

It all happened out of the blue, there was no movement I believe, no other user, it’s been sitting on a table.

It COULD be possible that due to the cold, a rail might’ve taken some damage by micro expansion or something, but I’m hoping I might have a software issue, or a chipset updated without my knowledge.

So far I have…

1: Reseated the Keyboard Ribbon, after brushing both ends with alcohol.

Though the issue persists.

I’m about to attempt to do a BIOS update/refresh.

Does anyone have an idea what the issue could be?

I cant understand, if your asdfjkl; keys dont work, how did you search it on google xd

Am typing with soft keyboard as am same issues .

Unfortunately, my SONY notebook has the same problem too. The key button of 'asdfjkl' is not working at all. This is happening out of a sudden or after the Windows shutdown last night. 😒🥱🥱

Most likely the keyboard internal circuitry path is faulty.

It is a common issues for laptops actually.

If your laptop is still under warranty, send it for service or consider replacing the whole keyboard module which i think is a better solution.

you can try sourcing the replacement parts at ebay, aliexpress, etc.

@salmonjapan you can do better

Thanks for being narrow and concise, Augustine. It was the issue. Just replaced it, and everything now works 100%.

I'm 99% certain it was some expansion and contraction, right when the cold hit the area the problem arose. (We're in the snow)

Funny how you say it's a common issue however, I've never experienced it and I've been through hundreds of Laptops.. though to the Laptop in question's credit, someone else has been inside of it I found, and there's a fair amount of damage. Some idiot doesn't how how to fix stuff out in the world I guess. ;f

Hi Sumona Florence, no worries, you are welcome, perhaps it is common because of my area, tropical and high humidity, thus perhaps as what you said the internal contacts / bonding got off. mayer here is actually a nice person, he has provided alot of solutions and fix to us, in summary mayer is one of the valuable member here. so yea, we are working together to improve on our knowledge :D, that is one of his way to motivate me, telling me to give the user a better answer, but I guess you are good! as you had figured out. cheers and have a great day!

Sumona Florence The only reason I say what I do about HP Consumer hardware is they have a bad reputation amongst professionals who know how bad they are. It's been that way since 2007. It could also be similar to what @salmonjapan said where they don't survive well here since the cooling issues nearly all of them have is compounded by how hot it generally is where I am so they have a bad professional reputation here but maybe not in a colder climate.

The business hardware isn't anywhere near as bad.

Lol I had same issue ..use this trick.

Just lightly long touch or long press a,s or keys tht are not working..(not hardy)..then u will see it will work.

In my case I long press(lightly) key 's'.

Then my all other keys also start working.

Just try 3,4 times it's will work have patience.(before doing this u can also use hair drier without temperature from safe distance to clean dust in keyboard).

I tried everything suggested which i found in Youtube and other article and nothing worked for me. I was laughing little bit while reading your solution and gave it a try by pressing a smoothly for around 10 seconds and after that all keys started to work. I was thinking to buy new keyboard for my Dell Inspiron 7537 but you saved me :) . Thank you so much for sharing the idea.

Man THANKS! I tried all the method in YouTube and it didnt work when I see your comment i decide to try it out. I took 2 tries and I was thinking to give up, at the last try it started working.

Thanks! I tried all method in Youtube and other Website and it didn't work at all... Fortunately I came here and see your tips, and try it out. It took 4 tries and its WORKING!! THANKS...

you are awesome man

HP seems to have more keyboard issues then motherboard problems, especially within the last 5 years. It used to be motherboards when they got to 6-10 years old, but they seem to be more prone to keyboard failure these days - although you still see both. You didn’t explicitly say it’s an HP laptop, but the model number read as HP to me. The model number is Envy 17-J005TX. The service manual can be found here.

Most of the modern HP Consumer notebooks made since around 2014-2015 use a keyboard that is spot welded in with plastic posts and yours is no exception :-(. On these machines, you need to replace the palmrest since there is no reliable way to re-secure the keyboard to the plastic once broken off. However, yours seems to be the exception to the rule to the common design flaw HP has done on quite a few models over the years, but there’s a catch. In order to replace the keyboard, it requires a complete teardown but it is at least doable. Consider it a weekend project if you haven’t dealt with a design that’s DOA for repair design like this - you’ll need the time to get it right. This is not the first time they did something stupid and it won’t be the last on the Consumer side! The part that absolutely annoys me about it is they put this kind of bad design on consumer systems, yet they get it right on the Elite and Z series. I’m still okay with recommending HP Business hardware, but I’m also going to call them out for having poor serviceability on the HP Consumer machines.

The HP Spare# is in the manual, and you will need to figure out which one applies as each layout/country format is different. The best way to get it if you have the laptop open is to reference the bad keyboard, if possible. If not, narrow it down to the country your keyboard is from and have the standard and Leap Motion Spare# on hand so you know what you need after confirming the part by taking the laptop apart unless you know for sure on the Leap Motion issue. These keyboards may not interchange so you probably don’t want to try your luck unless you can confirm elsewhere you can use a Leap Motion keyboard on a non-Leap Motion system. It may not work the other way around, so bear that in mind.

With your machine being an HP, parts aren’t as easy to get as it is for me to get them for my used Dell systems. It’s not impossible, but it does require a little know-how on where to get them and HOW to search. Using the part# on the modern machines is usually enough because they’re still plentiful but for a older system, you often need additional information. This is new enough to just rely on the HP Spare# to find it.

Thanks for the answer.. I just gutted and replace the keyboard.

Little annoyed this model the keyboard's the LAST thing to come out, usually it's the first.

Turns out someone had replaced the keyboard before and not done a good job.. there's a lot of $hite everywhere, broken tabs, some screws missing, a thread holding one of the hinges were spinning so that's nice.

Thanks for the helpful post.. but yeah, turns out it was the keyboard itself, it already lost the 3 key on the numpad when I first got my hands on it.. and it must've just become worse over time.

I'm 99% certain it was expansion and contraction and the ribbon's just split somewhere.

I'll be keeping the old keyboard for donations if any tiles decide to break. ;b

Oh and yeah, it was an HP laptop. >xp

Believe it or not, my Pavillion from over 10 years ago, the DV5 1222TX I believe was the model number still flies true.

That's HP for you - they have to be the special one who does this crap on their consumer models every time. I'm not a fan but my answer probably confirmed that.

When 1 key quits the rest tend to die as you use the keyboard. Not surprised. You should do it when that happens because 1 going bad is an early warning.

Ok, so, if anyone has my case, then they may have already tried the one where you hold down the “s'“ key. I have been doing that since forever, but now it stopped working. Instead, I do a few other things. Sometimes not all of them work, so I may go down the list again or do my last resort that sometimes works.