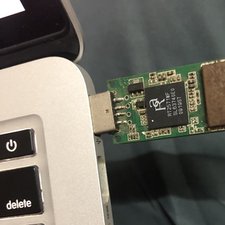 So I have been using this laptop for around 6 years. This one evening I opened the lid and it did not wake from sleep. I pressed the keyboard several times but it did not have any responses.

I reset the SMC and NVRAM and solved the issue. But after a few days I noticed that when closed the lid it puts the laptop to shutdown,as I had to press the power button after opening the lid to use it. And I saw the login screen instead of the lock screen.

At that point, resetting the SMC and NVRAM won’t help. It gets worse after a few days:

Its fans run at full speed all the time.

Keyboard backlight doesn’t work and does not have related options in System Preferences.

I see a noticeable impact on system performance.

When not using I have to power it off. And I can only power it on by long press the power button for 5 seconds and a short press on power button.

Reinstalling or restore from Time Machine doesn’t help either.

I guess it’s an SMC or logic board issue. I would be grateful if anyone can help me with diagnosis or repairing. Thanks.

Hi, people. I did get it fixed and it’s not the battery. I guess it’s worth mentioning here.

I was able to find a repair shop in Shenzhen, China. After opening the bottom, the shop took less than one minute to identify the issue. They told me it’s a broken “IO“ but didn’t give me more details.

The part replacement and labor was US$105 in total. The “IO” part was out of stock. I had to wait 2 weeks. Everything’s normal now and after my inspection, it’s not the IO board that was replaced, nor the battery. I wasn’t sure what was replaced.

Lets check the battery, install this app CoconutBattery take a snapshot of the main window and post it here for us to see Adding images to an existing question

Hi, Dan. I've added the image for you to see.

SMC or some related rails seem to be bad here (SMC lid would be the first I’d check, but it’s not a typical DIY troubleshooting). Before potentially waste money on a battery replacement I’d suggest, if you can use it for some time in that condition, to open up the bottom cover and disconnect battery from your Mac. If problems persist that would confirm an SMC issue.

I tried disconnecting and reconnecting the battery. The fans, keyboard backlight and performance went back to normal but only lasted for one session. All the problems came back after reboot. (Or did you mean to disconnect the battery when using it with MagSafe?)

I meant to try using it without battery connected, running just off magsafe. If It performs regularly with battery disconnected than it may just be you have a bad battery causing issues to the whole system rather than a bad SMC, as @danj suggested.

No, it's the batteries micro chip which talks to the SMC that has likely failed. The focus is the battery for now. Until we have tested with a known good battery there's no way to move forward.

It performs regularly with battery disconnected. I am going to replace the battery in the next 1-2 days. Let's see what happens.

Today I replaced the battery by following the iFixit guide. It appears that there's a new problem. I could not power it on with the new battery. Using the MagSafe (with or without the battery) didn't work either. The MagSafe light didn't coming on at all. I did see around 0.5W power consumption via an energy monitor when the MagSafe is connected. Any advices?

You have a battery issue as the SMC data connection is not working. Is this a new battery? If it is you need to get it replaced.

The stock battery had some capacity issues and I had it replaced in 2015. The current battery served me with no problems since then. I'll get a new battery and see if the problem persists. As soon as there is news I will come back.

You'll need to replace the battery with a better quality battery