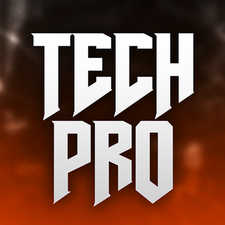 Hello there, I recently purchased this water damaged iPhone 5S.

Upon receiving it, I immediately took it apart, and got as much water as I could off it, brushed the connectors, I attempted on removing the EMI shields but failed to remove it, so I didn’t proceed on. I tried to turn it on but received nothing. I checked if the screen on it was working by connecting it to a different working iPhone, and it indeed worked, I do not know about the battery, so I decided to put a working battery to see what would happen. Still nothing, even connecting it on a charger for several hours, nothing. I decided to put this amp meter. This device where you plug the device in to a USB wall plug and connect the lightning USB cable to it then to the iPhone. As soon as I done that, I saw a reading of 0.33 amps and 5 volts. What could this mean?

UPDATE: I have purchased isopropyl alcohol 99.9%, I used it on the logic board but EMI shields were still intact to the phone as I was scared to remove them. First try putting the alcohol in for 5 minutes, brushing the connectors with alcohol and rinsing the board with water for less than 5 seconds, letting it out to dry until more than 24 hours, it didn't work. 2nd try after doing all of that, when I connected a different working test battery, I started hearing sizziling sounds, and the amp showed 0.08 and not 0.32. I was scared so I removed the battery and just waited, connecting the battery again, as soon as i did it, the phone started constantly vibrating for no reason whatsoever. The 3rd time I did it, nothing happened really, it just stayed art 0.32 amps, please help me.

The A7 chip is overheating really badly, anything I should do? I have sued isopropyl alcohol but that didn't do the job unfortunately :( This only occurs when iPhone is connected to the battery but not with the charger.

Please help me, this is a follow up from my previous post 3 weeks ago, unfortunately, after updating the people who were trying to help me, no one responded.

Why did u buy a water damaged phone...

On update one sounds like u left water on the board and fried something further, probably making it further dead lol

Take a thorough look at the board through a microscope then connect it to a dc power supply and see what it does.

Testing it with a usb ampmeter doesn't really do much other than tell u if its drawing power from the plug.

0.32A drawing doesn't really mean it's charging..that's some short to ground that needs to be disposed of.

If you cannot remove the shields then this is a lost cause. You cannot know what damage is under them without removal. So sorry

Sorry but I have to agree with the 3 above, this is component level repair that requires experience in micro-soldering to do board repairs related to CPU.

It sounds like you’ve certainly done some research on this problem and have so far done what you can with the experience and tools you have. Unfortunately I don’t think I can tell you what’s wrong with it but maybe I can give you some general information that might help. Firstly, given that you’ve already tried the basics with this, I think you now need to make a decision, is it critical that you get the phone working again? If so, as others have already suggested the shields need to come off and you might need to think about taking this to a professional. If the aim is to get the phone working again but it’s not critical and you’re prepared to take the risk of damaging the phone further whilst trying to learn about repairs, then go ahead and take the shields off. As others have said, the shields need to come off to help fault find and possibly repair any corrosion/damage that could be under the shield. There are plenty of resources available online that will guide you in taking the shields off. Although I’m still not sure how you know it’s A7 that’s getting hot without taking the shield off.

After you have taken the shields off, I wouldn’t imagine that cleaning it with isopropyl can do it any further damage, but make sure it’s thoroughly dry before trying to power it up again, ideally it should be cleaned with an ultrasonic cleaner. Once all parts of the board have been cleaned, if it’s still not booting you’ll then need to start checking for shorts or voltages missing from power rails etc. A7 is the CPU if that’s getting anymore than slightly warm without booting then that’s not a good sign.