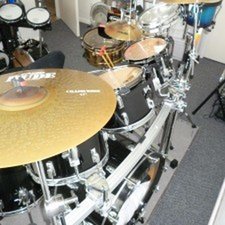 I connected my SE to my MacBook Pro, it said update 13.1.2 was now available, I downloaded it but it kept saying the phone needs restoring/restarting, I did this several times with a different Apple cable and switching to another USB port, but every time ‘unable to restore, error 53’. I contacted Apple and the agent did a screen share test concluding that it was a hardware issue and to take the phone back to the point of sale and request a repair under UK Consumer law as it is over 3 years old, but less than 6. I have taken it back to Stormfront, the authorised UK re-seller, they are arranging a diagnostics test, but said if the hardware issue was evident from the beginning and has just surfaced, it will be replaced, otherwise I will charged, is this correct? the phone has never been dropped or abused, thanks.

Please ignore this question people. It turns out that because I have looked after my MacBook Pro Unibody with El Capitan OS, which is not compatible with iOS 13.1.2, hence the restore/restart going round in circles. UK Apple re-seller updated the phone successfully to 13.1.2 advising in future to update wirelessly, without connecting to the MacBook.