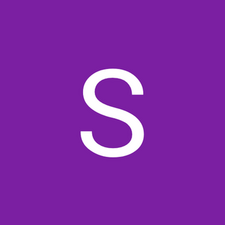 Is a fan that doesn't turn off a good thing or bad thing?

The bracket that holds down the fan cable onto the board of my very old MacBook Pro had broken off. On the advice of electronics repair technicians at my workplace, I jerry rigged a fix. They suggested positioning the fan cable in the correct spot and using hot glue to secure the cable. It worked great for several months but recently the hot glue released and the fan stopped running entirely. I repositioned the fan cable and hot glued it again. This time following the fix, the fan runs non-stop. I ran a Apple Hardware Test and I received the following message: 4MOT/4/40000003: Exhaust - 6524.

Is a fan running very high and nonstop a problem? Should I leave it as is and have a very well cooled laptop or open it up and try to reposition the fan cable. I’m worried that manipulating the fan cable too much could eventually break it.

My fan is okay. It’s the little bracket that attaches the fan cable to the logic board that is broken off and gone. That’s not something I can buy. I could buy a new logic board that has an intact fan cable bracket, but that’s not worth it on an old computer. The electronics repair techs at work said they can do micro-soldering and solder down the four cables that run from the fan directly onto the four micro ports on the logic board. This is a very difficult thing to do and I don’t want to bother them. The hot glue actually works quite well. It’s a non-conductive adhesive and if you make a mistake, you can peel it off quite easily. You use the hot glue to rebuild the missing bracket. It’s not a recommended fix but for an old computer like this one, it works fine. So do I try to reposition the cable or leave it as is and running very fast.