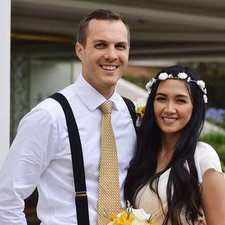 Help I want to fix my poor system

I have a mid 2011 11” MacBook Air. It’s the first computer I ever purchased and I learned to code on it.

It has sentimental value to me. However, it is really slow and getting practically unuseable. I have a ThinkPad that I use now for coding and work but I leave my MacBook Air on my nightstand and use it at night for entertainment.

If I were to purchase this and swap it with my current motherboard I would be not only be doubling my memory but also upgrading my CPU. I also see that OWC sells SSD’s for this system. I would also ugrade my SSD increasing the size by 4 times and the read/writes speeds by ~2.5 times.

Should speed things up drastically and the parts will cost less than 300 bucks… Becuase of the sentimental value of this laptop, that price is well worth it to me!

Is this not an option? Am I missing something? Is there something about the two motherboards that makes them not interchangeable?

Just understand 4GB is still on the lean side for many of the heaver apps.

You have a workable idea here!