Released in May 2020, the 13" MacBook Pro features quad-core Intel 10th generation Core i5 and i7 processors, and Intel Iris Plus integrated graphics. (Model A2251/EMC3348 with four Thunderbolt 3 ports) 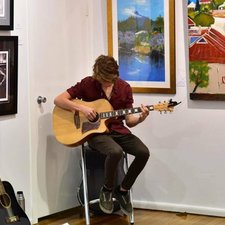 Are components on the logic board individually repairable?

I’ve been considering purchasing one of these Macbook Pro 2020 computers for a little while. I’ve been using a 2011 Macbook Pro for the last few years that acquired second hand and upgraded.

The major concern I have with purchasing a new system is obviously the lack of repairability of these newer models. With SSD, RAM, etc all soldered to the logic board.

My question is: Surely these components could be individually repaired by unsoldering them and replacing the part? If this is true, is the issue more to do with not being able to source these parts because Apple doesn’t make them available?

The issue is twofold: Scale and Modularity!

The components Apple is using are quite small and difficult to source. Some of the components are custom or programed which are just not available.

What we at one time could do with moderate magnifying glasses we now need microscopes and tiny soldering irons or hot air rework stations, plus the deeper skills to do the work.

The reduction of modularity also adds to this as well. Instead of having sub assembles which can be replaced on there own we now need to replace larger more expensive assemblies when repairing, unless we have the skills and tools to service the part and access quickly to the needed components to fix the assembly.

As an example Apple moved the T-CON board from within the lid down into the main case the interconnection of the T-CON to the LCD panel can’t be severed when either the display or the T-CON fail. Hence you need to replace both which is more expensive when either fails.

As it looks now Apple (and others) are moving to throwaway at an alarming rate! The fear is the next generation of systems will be even higher integration.

Its one thing to lower the costs, similar to how adding machines where replaced by digital calculators and then miniaturized with the costs lowered to the point of being trade show throws! Here computers are still 2k or so! Not so throwaway!

Sadly, it’s not just Apple all of the companies are moving to less repairable designs. Focusing on cheaper methods of construction and in my opinion sloppy engineering as minor changes would make the design easier for both assembly and serviceability!

Hopefully, Apple does some soul searching! Just look as the costs they had with the butterfly keyboard failures. Well-over three quarters of the cost was labor. Having a better design getting the keyboard out as a subassembly would have lowered the costs of labor to less than half. A bit of proactive Vs reactive engineering would have saved them quite a lot and wouldn’t have cost them anything additional with better up front engineering!