I bought the recommended 2TB Seagate drive from this site but now my iMac is super slow. I have checked the disk, rebuilt the directory and even defragmented without a change. 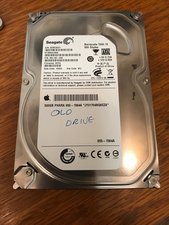 This is the drive I bought and installed.

Do be sure is this is the drive you bought? Barracuda Compute

The drive you sold on this site for my iMac... I copied that text from my online invoice

@slunetta - I'm an unpaid volunteer ;-} I support the iFixit mission as such I don't have access to the sales systems (nor do I want it) so I sometimes ask questions which likely has your head scratching as you think I should know, that is if I was an iFixit employee!

OK, why am I asking for the details? Well, this Seagate drive series have been auto sense drives so they would work in your SATA II (3.0 Gb/s) system. Basically, dialing back the data flow to match your system from the default SATA III (6.0 Gb/s) data rate.

Your symptoms imply your system is struggling with the higher SATA III data rate (which it shouldn't have).

So is the drive defective? Or did Seagate update their drive logic so now its strictly a SATA III drive?

Keep in mind most drive makers have dropped the older SATA spec'ed drives and they also stripped out the auto sense logic so the current drives are fixed at SATA III only now. Stripping away unnecessary hardware with the current market needs to be price competitive!

This drive as well as Samsung 860 EVO were the last auto sense drives I had used with great success! The reason is costs!

So thats what I can tell you.

You’ll need to pull the drive out and take pictures of the labels so I have something to work with. You could also call Seagate directly to validate the information your self, just be careful as you might just get someone programed to say what the spec sheet states which may not be correct!

IF107-087-3 is the part number from iFixit that I ordered. I am hoping not to have to take my iMac apart yet again but I can if this doesn't help... Thanks for the clarification on your status and thanks for taking the time to help me out!

@slunetta - Sorry that only tells me what we already know. What we don't know is the rev of your drive.

Think of it this way I've got a Ford which has a flat tire what tire would I need to get? Without knowing the exact model it wouldn't be possible, Even then we may have a different rim size. So as you can see its what you have physically that matters not the park number.