Replaced the logic board and ssd in my MacBook and now the fan is stuck at max speed. I have tried to control the fan with Macs Fan Control but it doesn’t work and TG Pro is reporting normal temps but TG pro sometimes reports that the fan isn’t on because temps are so low.

I have tried reseting PRAM and SMC with no luck 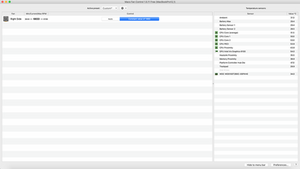 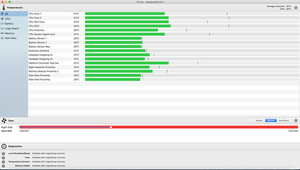 If you can run the onboard diagnostics, press the D key when you restart or better yet get the full version of TG Pro to get the diagnostic function as Apple messed up the diagnostics in some versions of the system firmware. In any case let us know what the diagnostic code is

This is all with the new logic board? If it is you have a bad board as the SMC logic is having issues dropping the heat pipe outgoing air temps and fan RPM's.

The heat pipe outgoing air sensor is on the I/O board so you may want to make sure its properly connected and/or replace it. 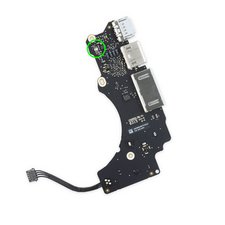 The Fan is via this connection point on the logic board. Make sure the latch is pressed down. 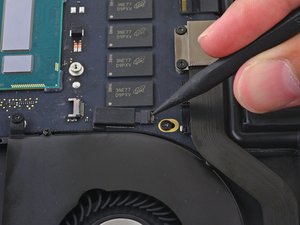 Here’s the heat pipe outgoing air sensor in the schematics

Here’s a better image of the sensors placement 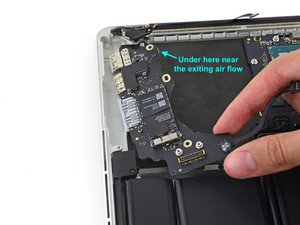 Definitely sounds like it could be a sensor issue. I would agree to @danj ‘s recommendation to run diagnostics. Trying to make sense of the various names for sensors can be a bit of a nightmare (different apps call the sensors different things, which don’t match with what Apple calls them). I believe the sensor Dan referred too that’s on the I/O board is technically for the Wireless card (but no wireless card sensor in the TGPro list). There’s a chip on the back of the board in the upper corner, near the fan which also functions as a sensor for “near fin stack” (as well as collecting other thermal signals and talking to the SMC) which I might also interpret as heat pipe outgoing air (although, as I’ve said it’s hard to know, since nomenclature differs). If that’s the case, sounds like your new board might be faulty.

I might also check your SSD. Is it an OEM drive? If not, I have seen third party drives cause odd thermal readings as well, so I might try putting the original SSD in if possible.

I was using Apple's internal documentation about these sensors. And that's what Apple says, that that sensor is for, wireless proximity (it's literally labelled Tw0P) But it also says it's on the I/O board near the Thunderbolt port, which doesn't exist on the I/O board, those are on the logic board, so..... ??.

Either way. I was mostly just trying to point out that there is another sensor pretty close to that same area which could be the sensor in question.

In any case. I just so happen to have one of these on my bench. And I downloaded TG Pro. And I also get intermittent readings from that sensor. However. Mine shows an SSD column option and OPs does not. I wonder if that's where the issue is. That macOS is expecting sensor data from the SSD itself and not getting any.

@flannelist - What docs are you using the schematics is clear (see above) Are you referencing the correct system? The cable can be failing.

@danj I work for an AASP so I have access to some internal stuff that I can't share (much to my chagrin, though I tend to walk a fine line on that).

And comparing that documentation to the schematic/boardview.

You're right. The schematic is clear as to what that's intended for, which I missed. But TA0P, which the schematic says is the Airflow sensor, Apple's service documentation says is on the board above the SSD. Which seems to match the schematic as well since it says Q5871 (thermal diode) should be near the SSD on the bottom side of the board?

It's not what I would have expected. It makes sense since that's where fresh air would likely come into the system. But nevertheless.

I dislike all the naming sensors in these apps because it's helpful to a point. But then stuff like this happens, where you're trying to figure out where a specific sensor is and the name is too vague. Not that Apple's designation is any better, but inconsistencies in nomenclature don't help.

@flannelist - OK I think I see the confusion! What is top and what is bottom! The top side is not where the SSD is placed thats the bottom side what you see after pulling the bottom cover off.

There was a point I had access to the holly grail as well, even the messed up a lot! Just look as what DIMM and Bank mean as they are wacky! Now add in Channel as Apple loves inventing/altering the meaning of words just to confuse!

Same issue with Left and Right in the theater world! Thats why you hear the term Stage Right = Left & Stage Left = Right side from the seats point of view.

FYI - This sensor is exiting air (hot) not fresh. I added a new image above.

Still think this is a I/O cable and/or logic board mess up as both sensors are winking out. I could see one having issues but both which use different pathways?