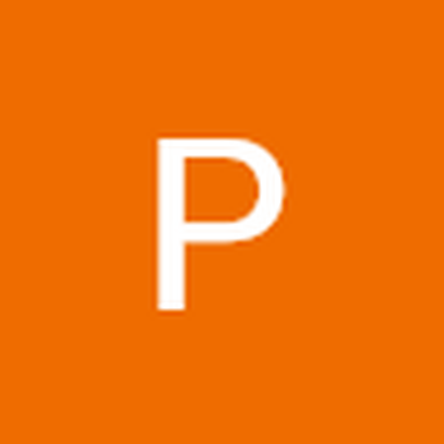 my old iPod was dead because of a broken battery, so I purchased a kit including a battery on iFixit and followed the guide to replace it.

When connecting the new battery though, the backlight switched on and the device started making a weird noise, like a disk spinning out of control.

I figured by HD was dead too, so I ordered an SD Card adaptor and installed that.

But again, when hooking up the battery, same thing; the same weird noise.

Does anyone have experience with this? What could be causing this?
It sounds as if the noise is coming from the headphone jack, but when I disconnect that, I have the same issue, though not as loud.
Would my motherboard be broken? Or the headphone jack?

I can keep on ordering parts and do trial and error, but it’s already turning out an expensive “fix”, as nothing seems to work…

The backlight comes on, but the device won’t boot, also not by trying to reset or anything.
I’ve disconnected the battery now as I’m afraid I’m going to break more things…

Thanks in advance!
Pieter 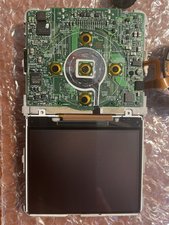 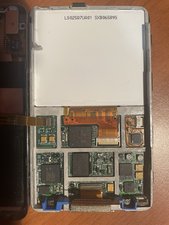 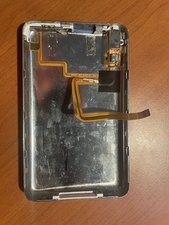 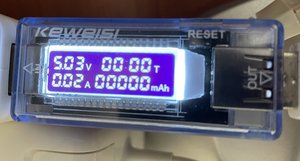 I just tried to not panic, and let it make this high pitch noise for a while - maybe the battery wasn't charged or something?

The ticking decreased somewhat, but seems to be coming from the flickering of the LED (backlight).

If I connect a charger, the brightness goes up and the ticking goes faster/louder...

So it looks as if something's up with my screen?

Pieter Raskin the noise could be a "coil whine" coming from the coil in the charging circuitry. Of course If you have issues with he display check on that too. The brightness etc. again leads me to think it's a charging/power circuity issue. What makes this a bit more complicated is the conversion you did. Under any other circumstance I would have suggested a different battery to rule the new one out as a problem, next the HDD. I would get a USB -ZIF cable and try top check the HDD on a computer to make sure that it is okay.

I replaced the HD because of the noise - so the behavior & sound is the same with both drives.

The sound is 100% synchronous with the flashing of the backlight - faster when the charger is hooked up.

The battery is a new one, so should be ok…

And it's also the same if I try to start with the screen disconnected...

Is the charging/power circuit something that can be fixed, or is this all on the motherboard?

Thank you for the help!

It is all on the logic board and there are no schematics for this model. You would be doing some fishing in the dark with it. Are there any components that look "odd"? Anything that you can feel getting hot when you touch it?

I do remember the click wheel feeling hot on my first attempt, so figured I'd disassemble the lot - I'll try to add pictures to the original post (as I can't see how I can do that in a comment).

Nothing turns hot anymore, but I'm assuming that's because the battery is probably almost drained by now...

Anyway - I couldn't see anything suspicious on either side.

But I did try to hook up the battery for a second on each step of the assembly. so starting from the motherboard;

- Back (with headphone jack and slide button connector): Not OK; flicker-sound is back and heavy...

So it appears to have something to do with this last connector?