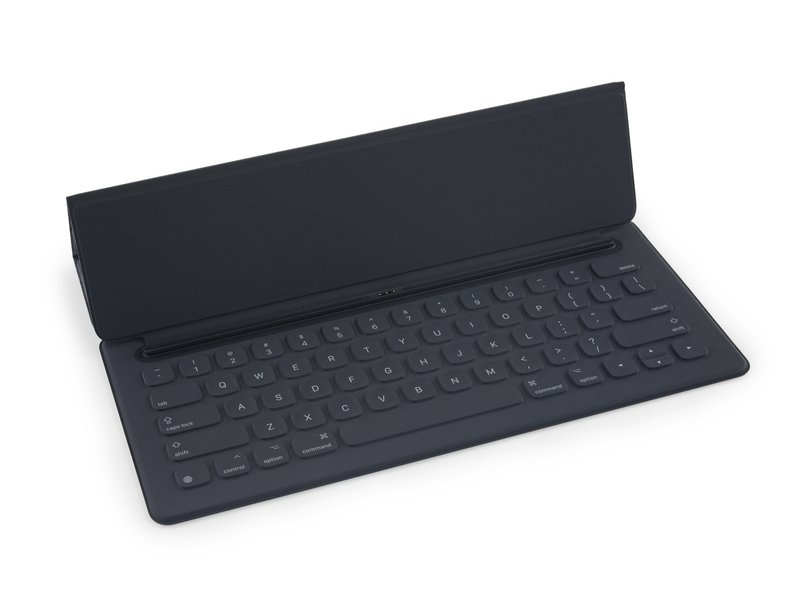 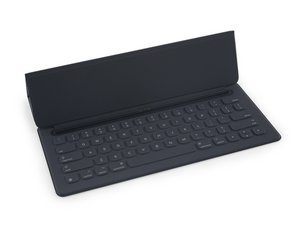 Keyboard/cover for the iPad Pro, announced September 9 and launched mid November 2015. Model A1636. 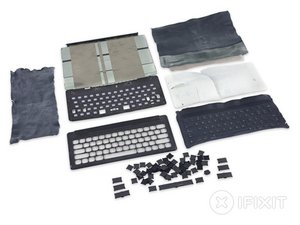 The Smart Keyboard is a keyboard and cover designed for the iPad Pro. It was released in November 2015 alongside the tablet. The Smart Keyboard attaches directly to the iPad and does not feature wireless capabilities or a battery. You can identify this accessory by looking for the model number “A1636“ on the device. It is imprinted in small letters on the fabric on the back of the keyboard.

The front of the keyboard section is made from a nylon-like material that covers the butterfly keys inside. Apple sold the keyboard with a variety of different languages, but they all feature the same modifier keys: command, option, and control. You can use these keys to work more efficiently with the keyboard shortcuts described in this Apple support article. Nearby in the corner is a key with a globe on it which allows you to switch between different iPad keyboards including the emoji keyboard.

The keyboard connects to the iPad via a magnetic 3-pin attachment dubbed the “Smart Connector.” This connector supplies the keyboard with power and allows the iPad to read the keystrokes that you type. The cover portion of the device is coated in soft fabric and can be folded in three sections to form a triangle. This versatile movement allows you to fold the cover onto the screen or use it as a stand while typing.