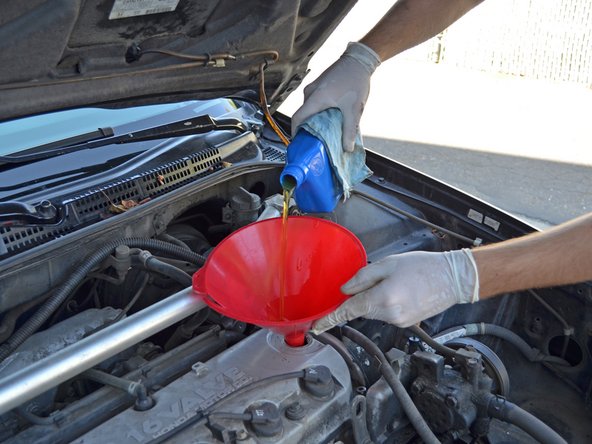 Change the oil in your Accord and keep the engine running strong. This procedure is correct for all 1998-2002 Accord models equipped with the 2.3L inline 4-cylinder engine.

Thanks for the clear instructions...I spent more money on the oil change than if I had let a mechanic do it but he wouldn't have used Mobil 1 Synthetic Oil and a Bosch Oil Filter either. The guy at the auto parts store said "nobody uses plug gaskets anymore"...I said, I do....that's what iFixit says." Thanks again

According to car owner manual for 2002 accord ex2.3ltr oil is suppose to be 5w20.you suggest 5w30.live in upper Midwest so cold winters, is the difference ok? How about synthetic, good, bad, or. ..?

Good for me thank you very much