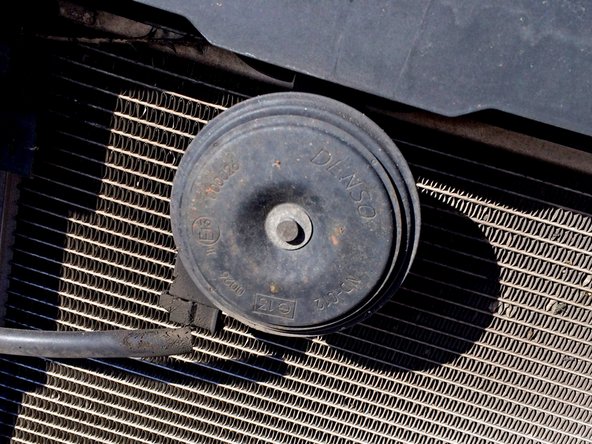 I wanted a nice sounding horn, so I replaced the stock honkers with a set of PIAA 500hz/600hz "sports" horns.

This guide is a bit of a cheat -- the car was in the shop, and the front body panels were already removed from the car. So to accomplish this at home, you'll either have to finagle your way through the bumper, or better yet, take off the front bumper before embarking on this adventure.

I'll try to include instructions for bumper removal once the car returns from the shop.