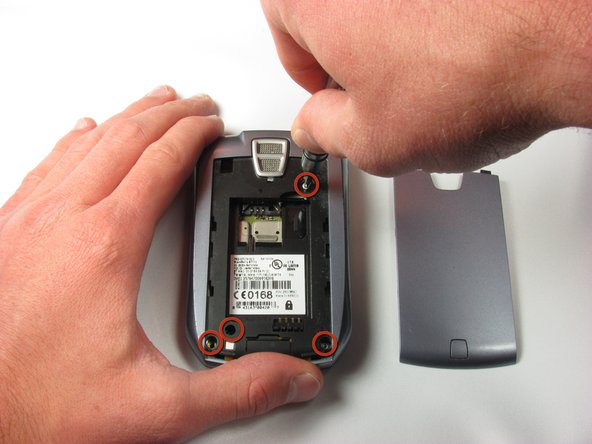 In this installation guide, you will remove a damaged display screen and install a new one in your Blackberry 8700c. The pictures above each step correspond to that step. If you hover your mouse over a picture, a larger picture will appear on the left. Each step's corresponding pictures are referred to as Pictures 1, 2, or 3. Picture 1 is the far-left picture, Picture 2 is the middle picture, and Picture 3 is the far-right picture.