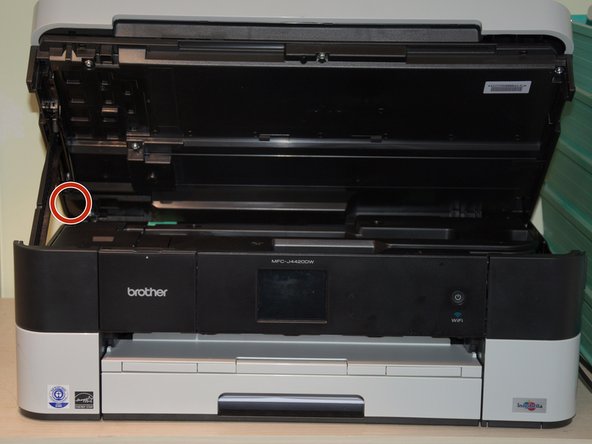 I recently encountered the problem, that my Brother printer would not start or react at all when pressing the power button. Disconnecting the power cord, waiting for some seconds and reconnecting resulted in the startup of the printer, but it would immediately shut down with the message that all "All functions will be disabled". In the comments of a Youtube video I found a workaround (https://www.youtube.com/watch?v=Gi7cl588...) namely to remove the paper tray before reconnecting the power cord and reinserting it not until the printer asks for it. That workaround did work for, but that was not a permanent nor a convenient solution.

As with all guides, you do that at your own risk. You should know how to solder and be at experienced in disassembling and reassembling things.

How does one make sure that the new capacitor lasts longer than the original? This doesn’t look like a procedure I would want to repeat every 2 years. Did Brother use low quality capacitors on these printers? I don’t know how to tell if a capacitor is low quality or high quality.

Fabulous guide, thank you! Used on my MFC-J4510DW. I went as far as removing the printed circuited board all the way to be able to properly de-solder the failed capacitor and then put the new capacitor legs in the thru-holes on the board. Else the capacitor would sit too high and the metal shield over the board would not fit. The new NEC capacitor is considerably bigger (still 5.5V 0.22F). Hopefully it will last longer. I’m hoping it will also fix the WiFi disconnection problem that is often reported. So far, so good.

Brilliant advice and clarity for the repair. My MFC J4420DW won’t power up and all the indicators suggest the ‘power supply’ is faulty.

Does anyone know if I change the Capacitors on this board, will it resolve the issue? Any comments extremely appreciated.