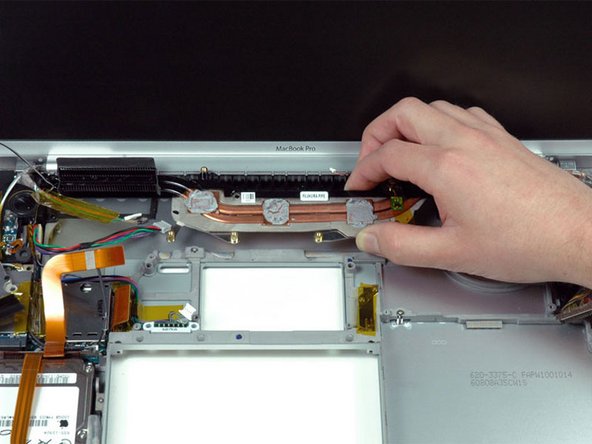 Step 50: you will need to remove the black plastic right-hand speaker base (top right in photo), also the three-wire connector complete with the infra-red detector next to the sleep light/latch, which runs beside the red wire at the bottom of the photo above.

Step 29: if you are replacing a damaged lower case, you will definitely need some thermal paste for the heat-sinks.