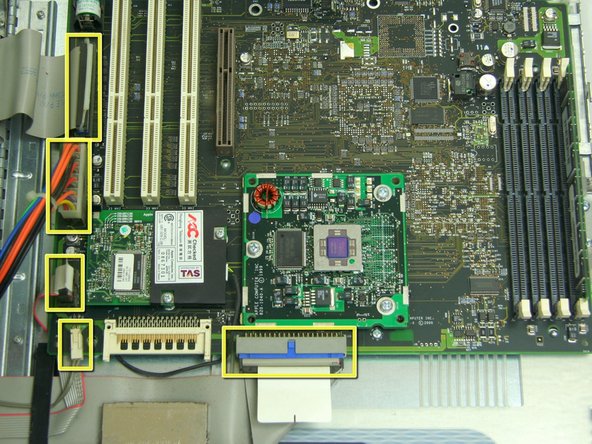 This guide will show you how to remove the PowerMac logic board.

Are the "hex nuts" under the processor board? Could you provide a close up picture of the "nuts?"

So what is being replaced here? Wouldn’t one have to purchase a new logic board? Any info would be greatly appreciated!