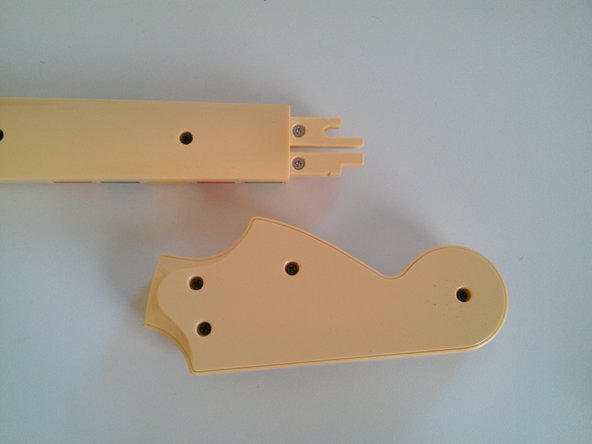 Remember when you got your Rock Band guitar, how you had to clip its headstock in place? Me neither, but I quickly discovered something was up when I tried to put the instrument back in its original packaging, which was suddently too short...

It's probably damaging to just try to pull off the headstock using strength, but thankfully, it's not too hard to just dismantle the head to remove it cleanly.

You will need 2 Phillips screwdriver (one good for the external screws, and a smaller sized one for an inner screw), a small flat screwdriver (to remove some metal bits) and less than 20 minutes to carry this out.